The Botolan Municipal Task Force to End Local Communist Armed Conflict (MTF-ELCAC) — being led by Mayor Doris E. Maniquiz and Vice Mayor Doris D. Ladines— spearheaded the conduct of Serbisyo Caravan— a convergence of various national government agencies (NGAs), including the provincial government of Zambales (PGZ) — to deliver services as they take note of the issues and concerns raised by the residents from the geographically isolated and displaced areas (GIDA) of Barangays Poonbato, Cabatuan, Maguisguis, Nacolcol and Villar— an effort to sustain the ideals of Executive Order No. 70 (Whole of Nation Approach) and the Retooled Community Support Program (RCSP).

The undertaking held on December 16-18, 2020 was supported by several offices from the PGZ as well as various NGAs namely, the Department of the Interior and Local Government (DILG) Zambales, Philippine National Police (PNP), Armed Forces of the Philippines (AFP), Technical Education and Skills Development Authority (TESDA), Department of Education (DepEd), Department of Agriculture (DA), Department of Health (DOH), and Bureau of Fisheries and Aquatic Resources (BFAR). 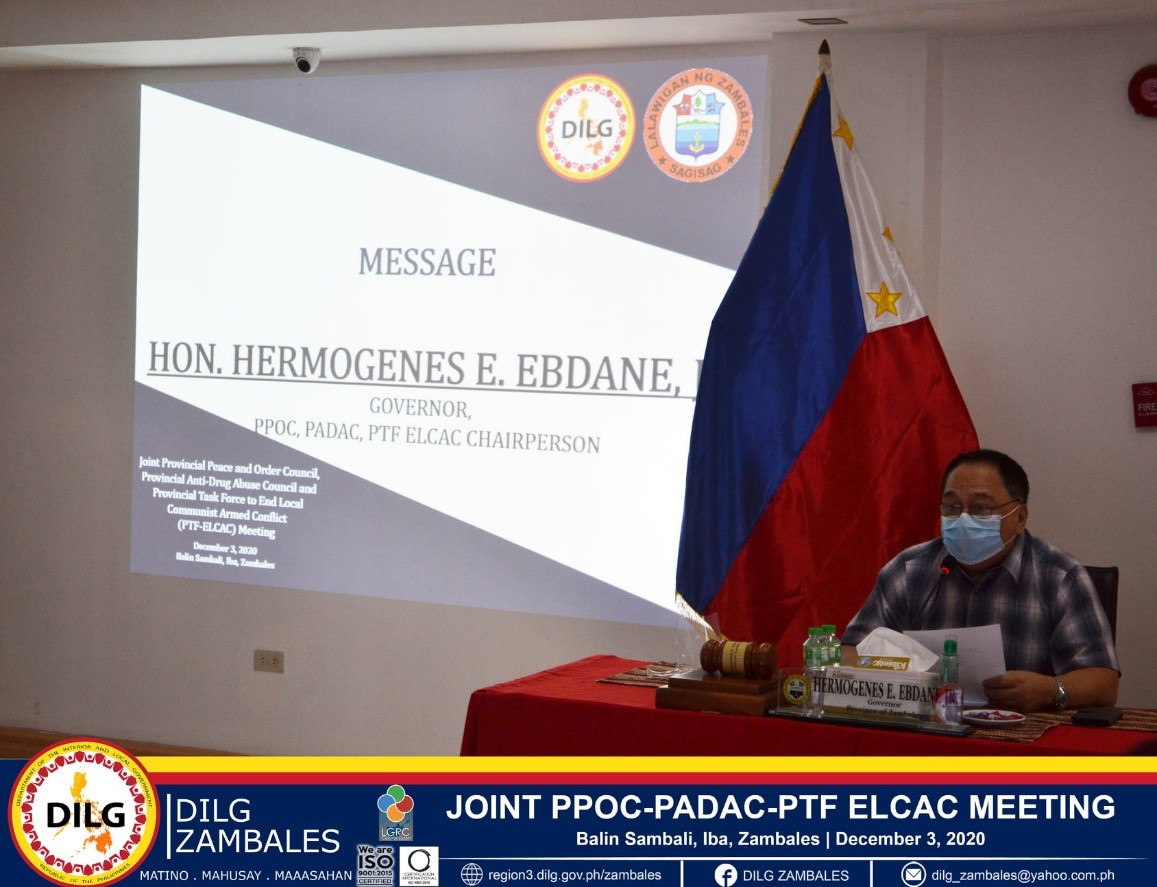 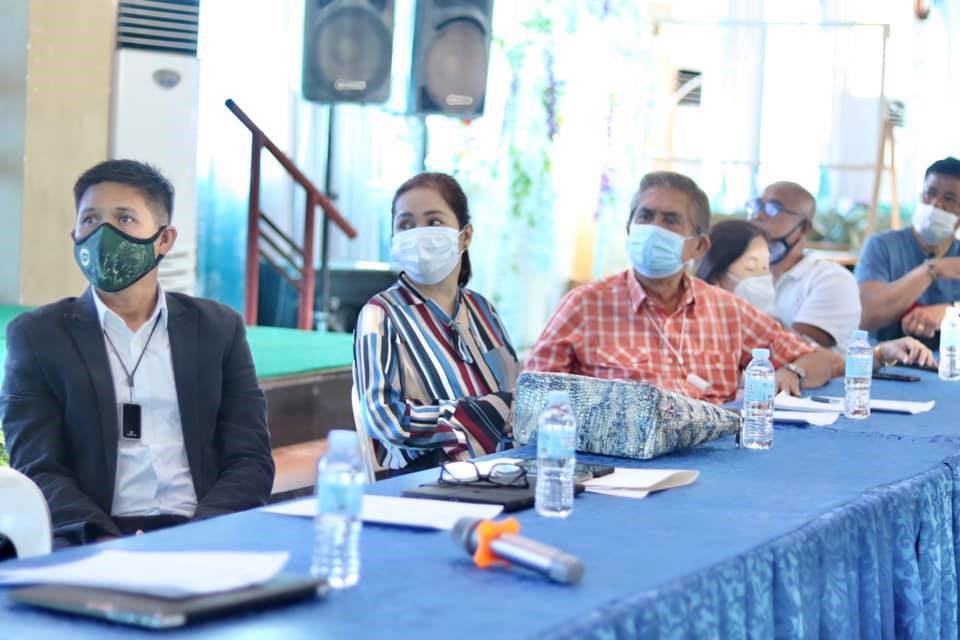 In relation to the commitment, activities that will be undertaken by the Local Government Unit (LGU) includes—the renovation and operationalization of the Balay Silangan (formerly designated as Bahay Pagbabago) at Barangay Sta. Rita, coordination with the Department of Health (DOH) for the training of Municipal Health Officer for drug personalities assessment, and intensifying of support to the anti-drug abuse councils at the barangay level. 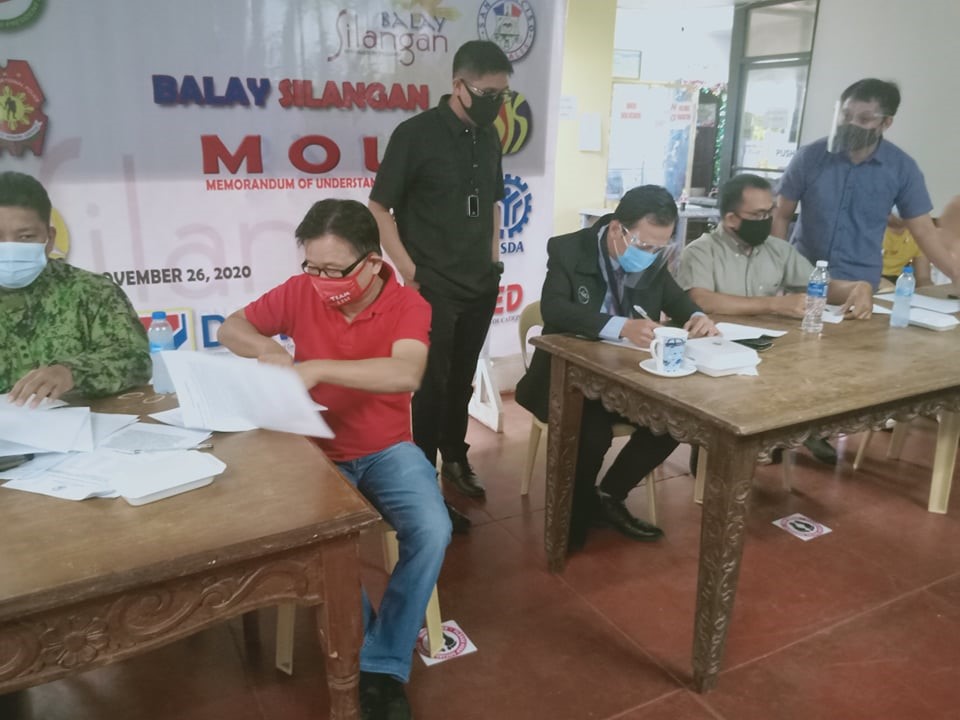 The local government unit (LGU) of San Narciso, Zambales carried-out its public order and safety cluster meeting for the fourth quarter of 2020 on November 26, 2020. The activity was attended by the cluster’s regular members, LGU functionaries, and Punong Barangays. It was also graced by the Philippine Drug Enforcement Agency (PDEA) Regional Director Christan O. Frivaldo.

A highlight of the undertaking is the signing of the Memorandum of Understanding (MOU) for the newly built Balay Silangan in the municipality— inking the partnership and commitment among stakeholders towards the municipality’s aspiration to be resistant from illegal drugs.

The DILG San Narciso— in coordination with the Municipality of San Narciso— initiated a Municipal Road Clearing Team Meeting on November 18, 2020— aiming to formulate action plans which will maximize the efficiency of the clearing operations of the barangays— this following the temporary suspension of road clearing operations (RCO) to allow the LGUs to focus on programs, projects and activities (PPAs) addressing the COVID-19 pandemic.

MLGOO Dan A. Esteban discussed the DILG issuances Memorandum Circular (MC) 2020-027 and MC 2020-045 to ensure that the stakeholders have a clear and uniform understanding of the scope of the road clearing operations. This also allowed the barangays to plan within the given time frame— taking into consideration the challenges encountered in the previous RCO implementation which is vital for their implementation strategies. The MLGOO also mentioned that a Tricycle Route Plan will also be inspected during the validation. 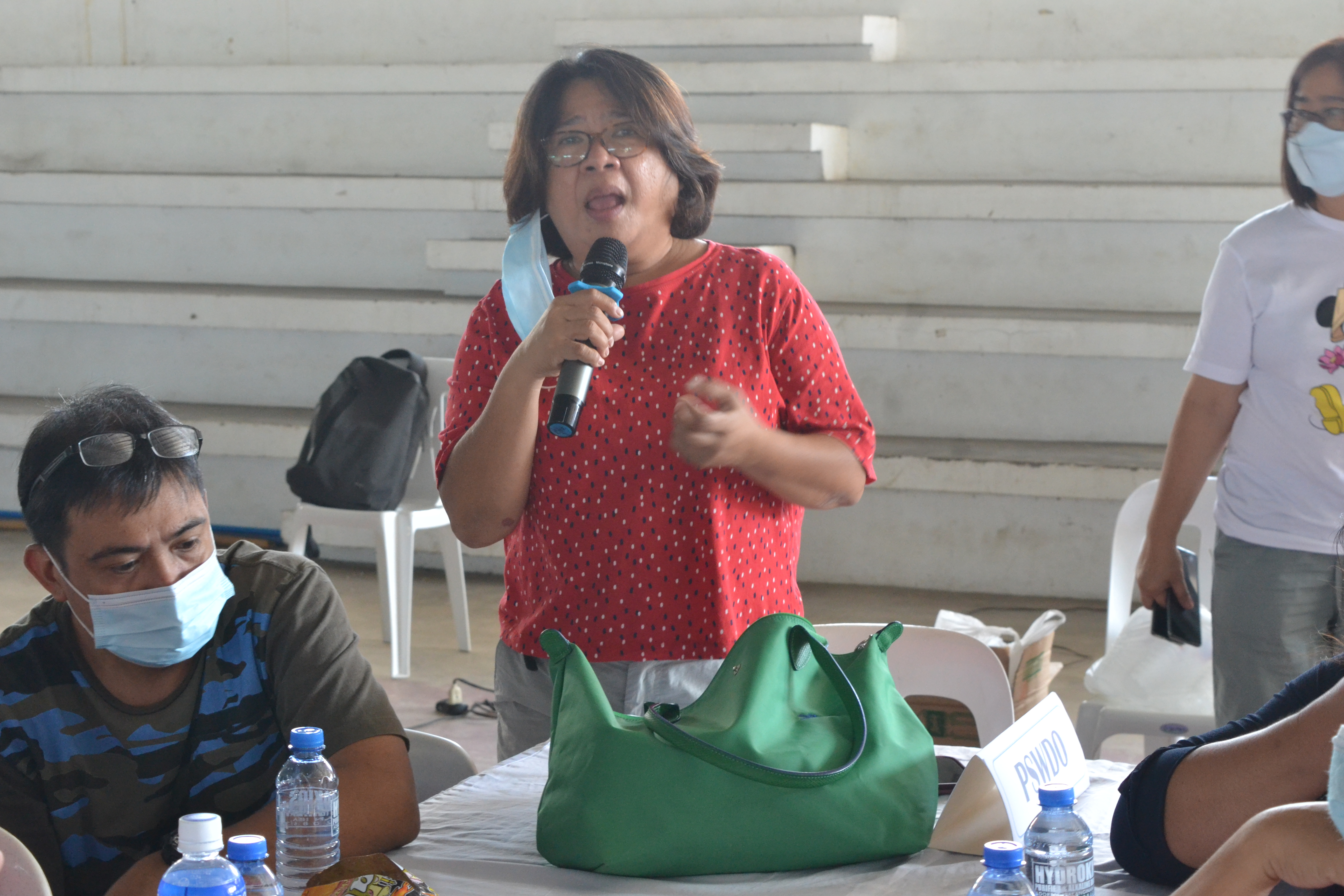 The DILG Zambales— in collaboration with the Municipal Task Force to End Local Communist Armed Conflict (ELCAC) of Botolan, Zambales — converged government agencies and representatives from the provincial government in an inter-agency coordinative/convergence meeting on November 25, 2020 at the Botolan People’s Plaza— in preparation for the upcoming Serbisyo Caravan included in the Retooled Community Support Program (RCSP).

Local Government Operations Officers (LGOOs) VI Shieralyn B. Esteban and Jonnel B. Edillor provided an overview of the Executive Order (EO) No. 70 and the Retooled Community Support Program (RCSP) and facilitated the action planning of the partner agencies for the commitment setting.