Zambales Governor Hermogenes E. Ebdane, Jr., in coordination with DILG Provincial Director Armi V. Bactad carried out the People’s Law Enforcement Board Workshop Seminar for the newly appointed PLEB members of the thirteen (13) Municipalities of Zambales held at Prime Asia Hotel, Angeles City from July 23-25, 2014.  The PLEB Seminar is an undertaking of the Provincial Peace and Order Council (PPOC).

Being the father of the Province of Zambales and with his deep concern to the men in uniform, Governor Ebdane stressed in his message the core value of discipline within the ranks and to find ways and means to improve the PNP system in Zambales.  According to him, collective decision making must be undertaken for erring PNP personnel and regular briefing must be provided to direct some misguided members. 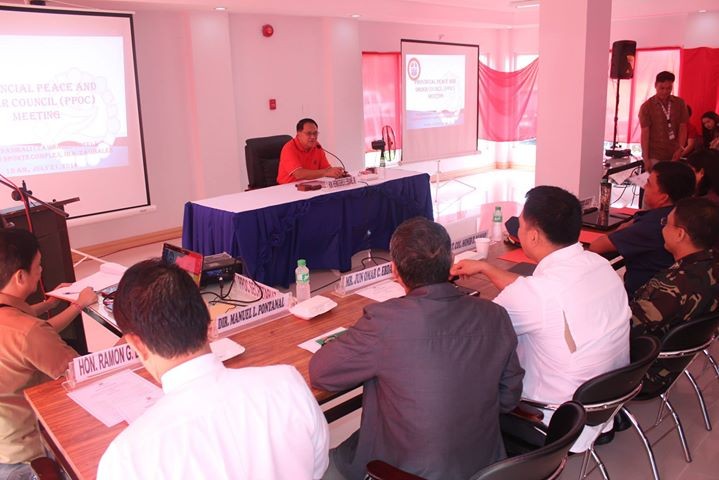 The meeting was highlighted with the presentation of  Lt. Crispin E. Malibiran, Commander, NISG – NL,  from the Philippine Navy on the illegal fishing practices in the province and the activities made to apprehend the perpetrators.  The Philippine Army provided a situationer on the peace and order in the province, particularly on insurgency-related activities.  They also introduced the Army’s plans and programs for the remainder of the year, which includes continuous visibility and assistance during disaster and peace-time activities in the LGUs.  The PNP discussed its Disaster Preparedness Plan for the province, which included its organization during disasters, identification of evacuation centers for the whole province, trainings on search and rescue, and inventory of disaster equipment and also called for the need for continuous monitoring and coordination among the agencies (and the LGUs concerned) to prevent loss of lives and properties.

DILG Provincial Director Bactad discussed the Comprehensive Local Integration Program (CLIP) for former New People’s Army (NPA) rebels in the province.  The program aims to mainstream former rebels to the society by providing them with the necessary tools to continue their normal lives.  She discussed the integration process and the participation and role of the concerned agencies (AFP, PNP, DILG, CSOs, the Office of the Presidential Adviser on the Peace Process (OPAPP) and the concerned LGU) in the said program

During the Governor’s Hour, Chairman Ebdane commended the AFP and PNP in their efforts in maintaining peace and order in the province, along with their programs in helping the community.  He also commended the efforts made by the LGUs in preventing the loss of lives during the recent typhoon Glenda and warned that more typhoons will still threaten the province.  He also noted the involvement of the community especially in the reintegration of former rebels in society, citing them as important actors in embracing those who once challenged the government.

DILG Zambales thru the leadership of PD Armi V. Bactad, CESO V with CTL Rolando D. Ocampo and MLGOO Teresita R. Ola joined in the ground breaking ceremony of the PCF approved project in Barangay Sto. Niño, of the Municipality of Palauig this province last June 27, 2014.

It was attended by the said LGU’s Municipal and Barangay Officials and Employees lead by Hon. Generoso F. Amog, Mayor.

The project costs P2, 989, 564.96 which will be used for the concreting of the Sto. Niño – Tuktok Pangol Road.  One million of which came from PCF while the remaining amount came from LGU’s 20% Development Fund. The completion of the road would give ease to the delivery and transportation of goods and services by the Palauigeños from and to the national road.

The Performance Challenge Fund (PCF), is a monetary incentive given to LGUs by the DILG in the form of counterpart funding to high-impact capital investment projects in the Annual Investment Program (AIP) and funded out of the 20% Local Development Fund consistent with national goals and priorities. In order to qualify for the monetary incentive, LGUs must comply with the criteria of the Seal of Good Housekeeping (SGH) focused on sound Fiscal Management highlighting the absence of adverse COA Opinion on LGU financial statements and transparent and accountable governance putting value on  full disclosure and compliance to Anti-Red Tape Act 2007.

Indeed, the said municipality was among the Five (5) Municipalities in the province conferred with the Seal of Good Housekeeping (SGH), Silver Level and consequently was awarded 1M PCF.