After a thorough assessment and deliberation of all the municipal entries from the 13 local government units (LGUs)of the province, Brgy. San Juan, Botolan and Brgy. Camiing, Cabangan swiftly made it on the top as the province’s representatives on the 2017 LupongTagapamayapa Incentives Awards (LTIA) for the 1st-3rdClass and 4th-6th Class Municipal Category, respectively.

Remarkably, Brgys. San Juan and Camiing represented the province on 2016 LTIA Assessment and both have secured the 1st Place during the Regional Awarding, besting other nominees from other provinces in the Region on their respective categories. 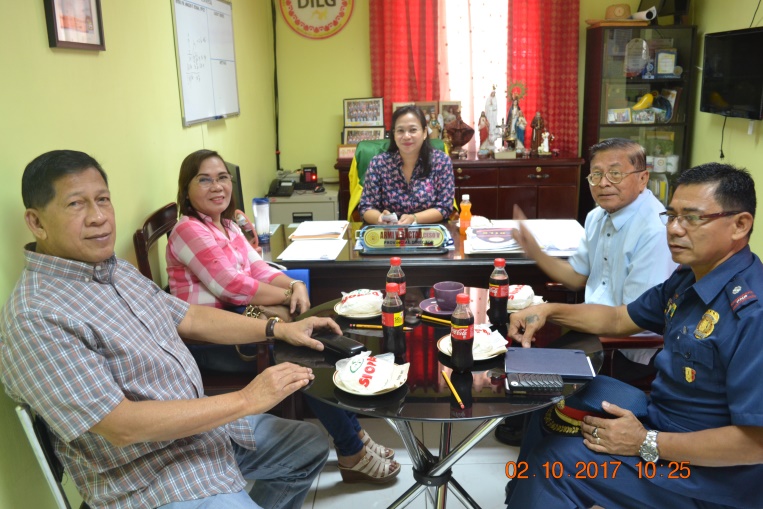 The entries of Botolan, Candelaria, Castillejos, Iba, Masinloc, Palauig, San Antonio, San Marcelino, Sta. Cruz and Subic competed for the 1st-3rd Class Municipal Category while Cabangan, San Felipe, and San Narciso were contenders for the 4th-6th Class Municipal Category. Each entry was evaluated based on three (3) major criteria namely, (A)Efficiency in Operations, (B) Effectiveness in Securing KP Objectives, and (B) Creativity and Resourcefulness of the Lupong Tagapamayapa.

Lupong Tagapamayapa Incentives Awards (LTIA) is an annual activity conducted by the Department of the Interior and Local Government in recognition of the Lupons who demonstrated commitment and dedication in the implementation of Katarungang Pambarangay in their locality. LTIA aims to strengthen the Katarungang Pambarangay as an indigenous conflict resolution structure at the grassroots level through grant of incentives to outstanding Lupons.