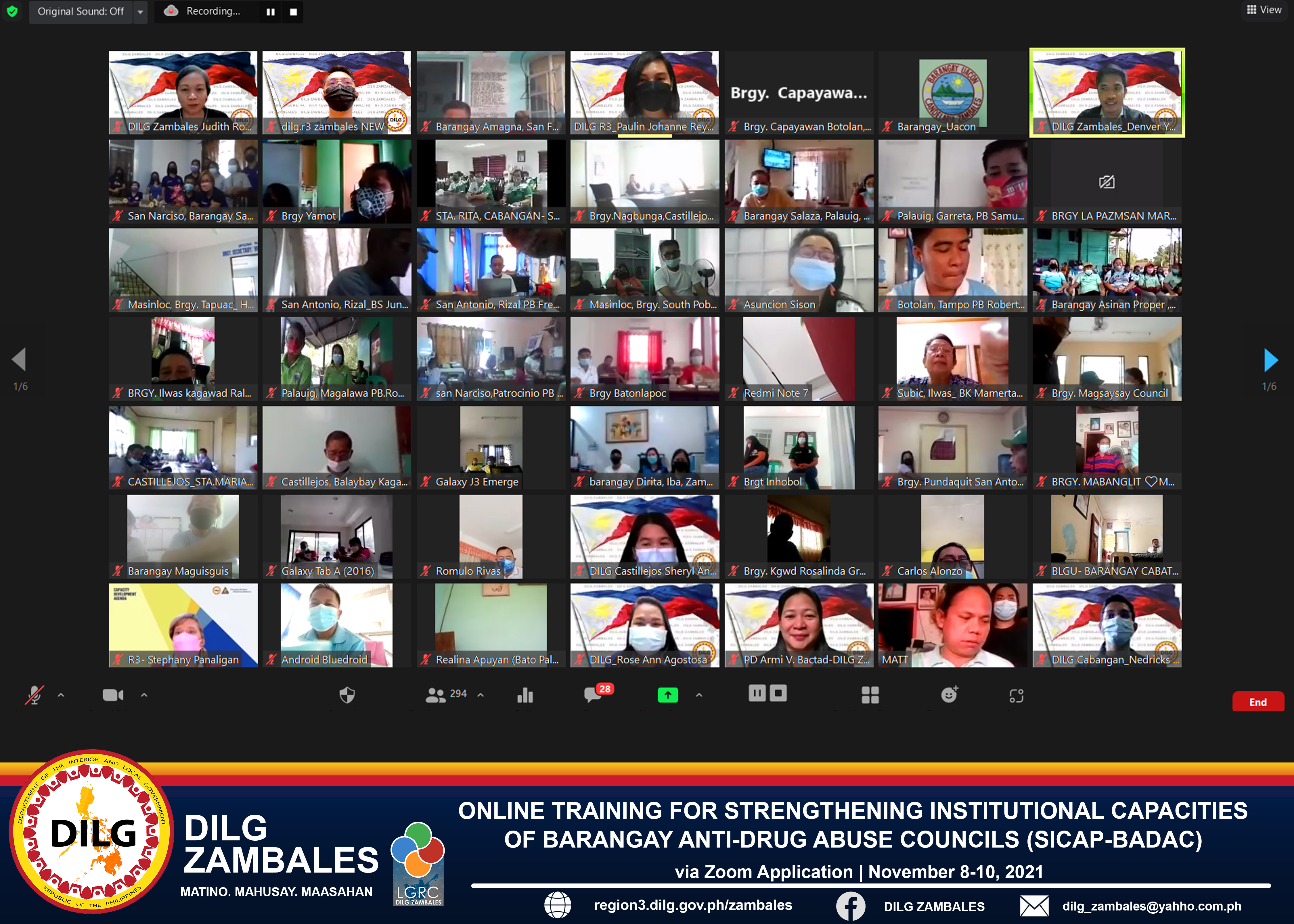 In attendance were the key members of the Barangay Anti-Drug Abuse Councils (BADACs) composed of Punong Barangays as Chairpersons, Sangguniang Barangay Members (SBMs) on Peace and Order as Committee Chair on Operations, SBMs on women and family as Committee Chair on Advocacy and non-government organization (NGO) representatives from the 230 barangays in the province.

The said undertaking aimed to strengthen the BADACs to become well-equipped in planning and implementing drug abuse prevention programs and activities, and to refresh them with the necessary knowledge and skills to effectively perform their duties and functions.

In her message, PD Bactad stressed that it is necessary to upscale the information drive on the programs of the government to eradicate drug-related problems in the country and enhance the capacities of barangay officials in performing their crucial roles in the fight against illegal drugs at their level.

Cluster Team Leader/LGOO VII Judith B. Romero provided an overview on the series of topics for the 3-day activity. Likewise, LGOO VI Maharlina J. Tejada, Provincial ADAC Focal Person led the discussion on the BADAC and its mandate, emphasizing the legal bases on the creation of BADAC.

Recognizing the critical roles of the BADACs in the coordination and proper monitoring of drug-related incidents in their barangays, DILG Zambales will continue its efforts to provide capacity development interventions for them to effectively perform their mandated functions and further intensify the campaign against illegal drugs at the local levels.