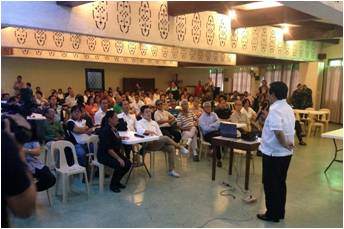 DILG City Director Remedios Rodriguez discussed the overview of LGPMS - its framework, purpose and procedure. It was followed by the State of Local Governance Report for CY 2012 and the State of Development in the past three years presented by City Planning and Development Officer Engr. David David who highlighted the LGU’s strengths, weaknesses and priority areas for attention. Mayor Pamintuan pledged his commitment to address the performance gaps and measures to be undertaken. He also discussed his Contract with the Angeleños. 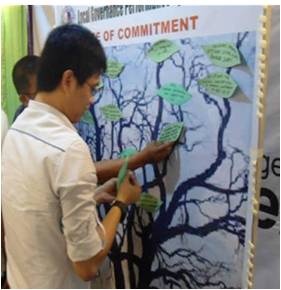 Other personalities who committed support were LnB President Joseph Dimapilis, City Councilor Jericho Aguas and CSO representatives. Before the end of the activity the participants posted their leaf signature at the Tree Commitment Wall as an assurance of the LGU’s commitment to address the gaps in soonest possible time.