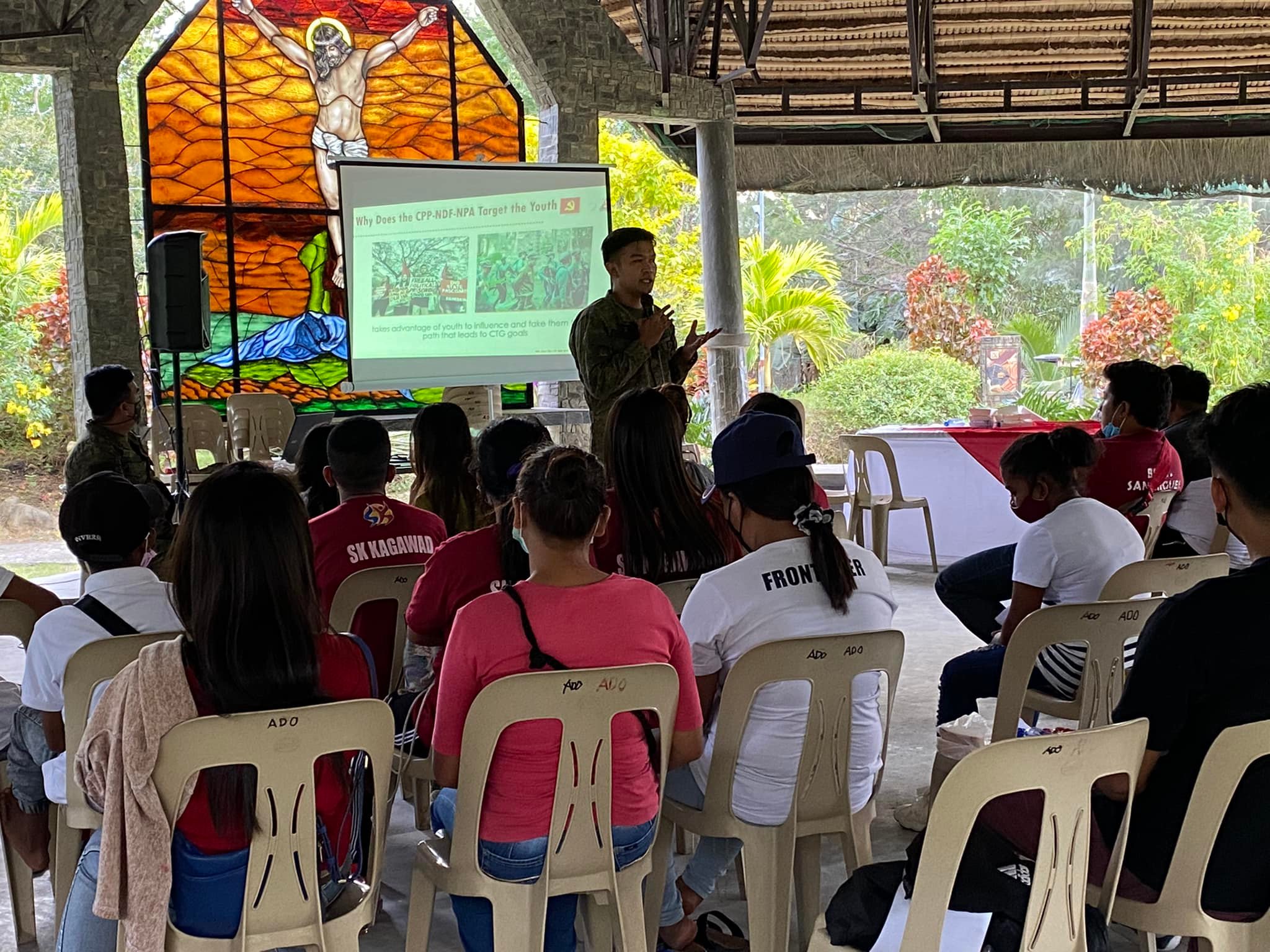 The Local Government Unit of Botolan, Zambales— in partnership with the Department of the Interior and Local Government (DILG) Botolan Field Office and the Philippine Army— highlighted the important role of the youth leaders in the continuing fight against insurgency and terrorism during a capacity development activity on leadership, social responsibility and moral recovery held on December 15, 2021 at Camp Kainomayan, Barangay San Juan, Botolan, Zambales.

Captain Norman Oliver H. Adlaon, Commanding Officer of the 33rd Mechanized Infantry Battalion of the Philippine Army discussed the history and background of the Communist Party of the Philippines- New People’s Army- National Democratic Front (CPP-NPA-NDF) and its deceptive recruitment strategy to the youth sector and indigenous people.

Moreover, Cpt. Adlaon detailed the Executive Order No. 70— a policy that institutionalized a whole-of-nation approach to attaining inclusive and sustainable peace, promoting good governance as a way to avoid revolts against the government. It was explained that the whole of nation approach also aims to ensure that necessary resources are sustained by the Municipal Task Force to End Local Communist Armed Conflict (MTF ELCAC) to continue its development assistance programs in conflict-affected areas— to which certain areas have been recorded in the Municipality.

“Wag tayong magpapadala sa mga mabulaklak na pananalita ng mga CPP-NPA-NDF,” CPT. Adlaon stressed as he reminded the youth leaders of their great responsibility in promoting awareness on the manipulative tactics of the rebels in deceiving the youth to join their group.

Among those who graced the activity and acted as resource speakers were Municipal Local Government Operations Officer Shieralyn B. Esteban, OIC Local Youth Development Officer Gabrielli Damasco, Mr. Jonas Dupo and Local Civil Registrar Clevelyn Deliquina. Apart from topics on Executive Order No. 70, anti-insurgency and terrorism, the participants were acquainted with lectures on volunteerism, social responsibility, the Sangguniang Kabataan Reform Act of 2015 and other basic parliamentary procedures.

During the training, the youth leaders were urged to support the peace and development initiatives of the national government like the Support to Barangay Development Program (SBDP) and the local government unit’s Retooled Community Support Program (RCSP)— both aiming to bring the public services closer to the people aiming to counter revolts against the government.

The capacity building seminar forms part of the LGU’s initiatives under the Retooled Community Support program— which aims to organize citizens movement for peace and development thru the engagement of the youth sector— contributing to nation building.