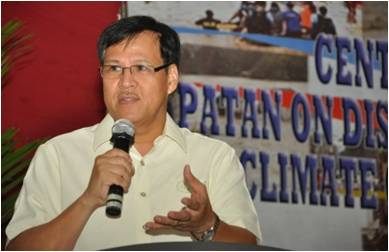 Secretary Jesse Robredo, in his call to action message, emphasized the importance of disaster preparedness to prevent risks and damages that happened in past experiences. He stated the Department’s program on the Seal of Disaster Preparedness (SDP) which will serve as standard guide for LGUs to mitigate disaster and avoid casualty.  He explained that through the SDP, LGUs will be assessed on their operational readiness in terms of equipment and presence of DRRM plans.  He added that we cannot avoid disaster but we can do something to prevent its adverse effects.  “Sa pagtanggap ng responsibilidad, kailangan ang sapat na kaalaman at paghahanda”, he said.  He further mentioned, “Gawin ang pinakamaayos na paghahanda, upang sa panahon ng kalamidad, nagawa na lahat at maiwasan ang pagkawala ng buhay.” 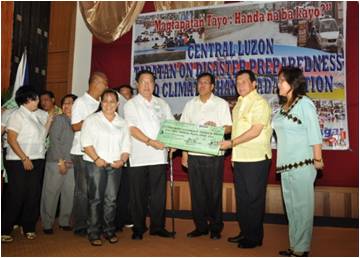