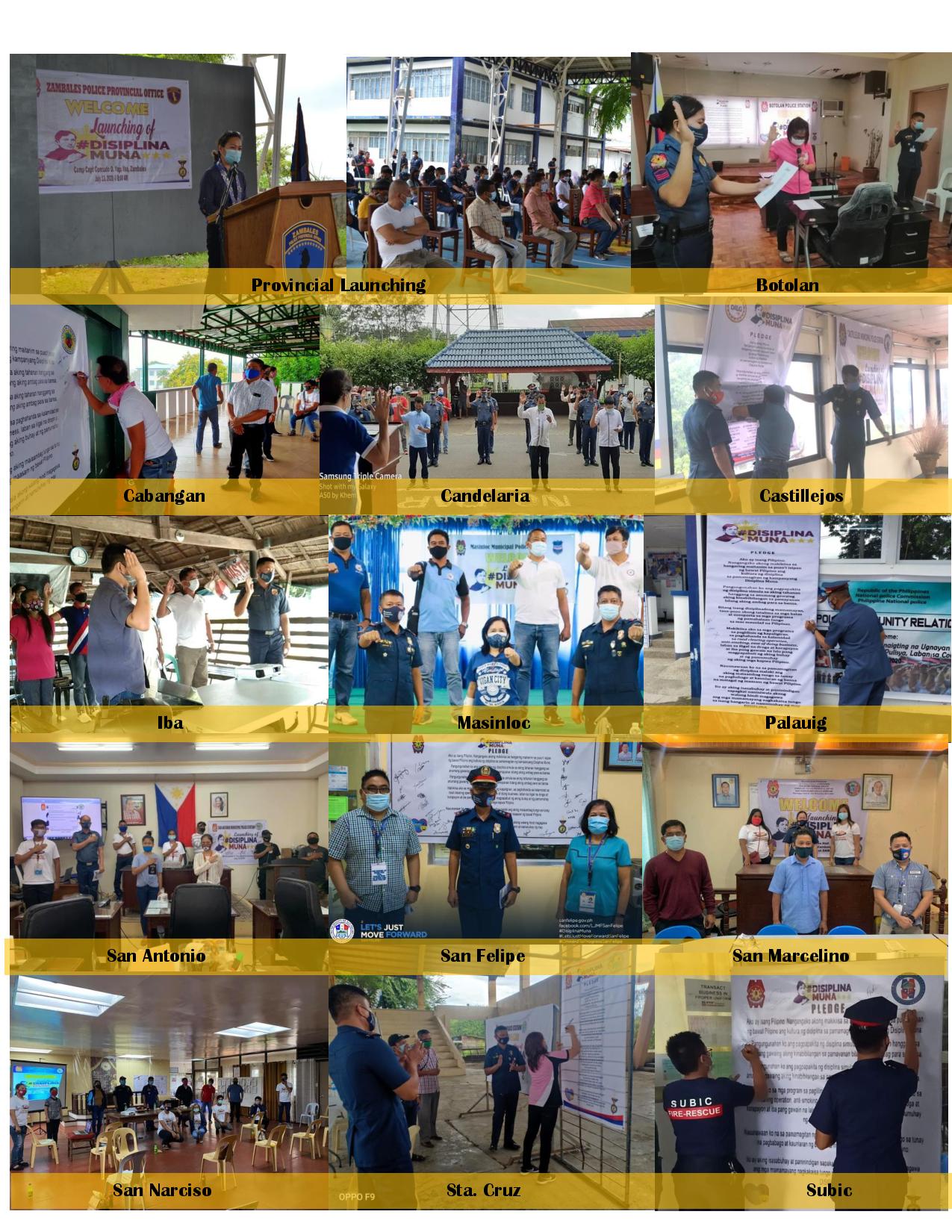 The Zambales Police Provincial Office (ZPPO)—in coordination with the Local Government Units (LGUs) and the Department of the Interior and Local Government (DILG) Zambales— campaigned for a culture of discipline among Zambaleños on July 13, 2020, during the simultaneous launching of Disiplina Muna advocacy program across the province.

Disiplina Muna—a brainchild of the DILG— aims to promote the culture of discipline among Filipinos as a means of fostering people’s participation in good governance.

DILG, ZPPO, LGUs and other stakeholdersmanifested their support to the advocacy campaign through signing their pledge of commitment.

The DILG family believes that development could be attained by creating communities that cultivate a culture of discipline and it begins by creating local champions and ambassadors that will spearhead the advocacy in the localities.