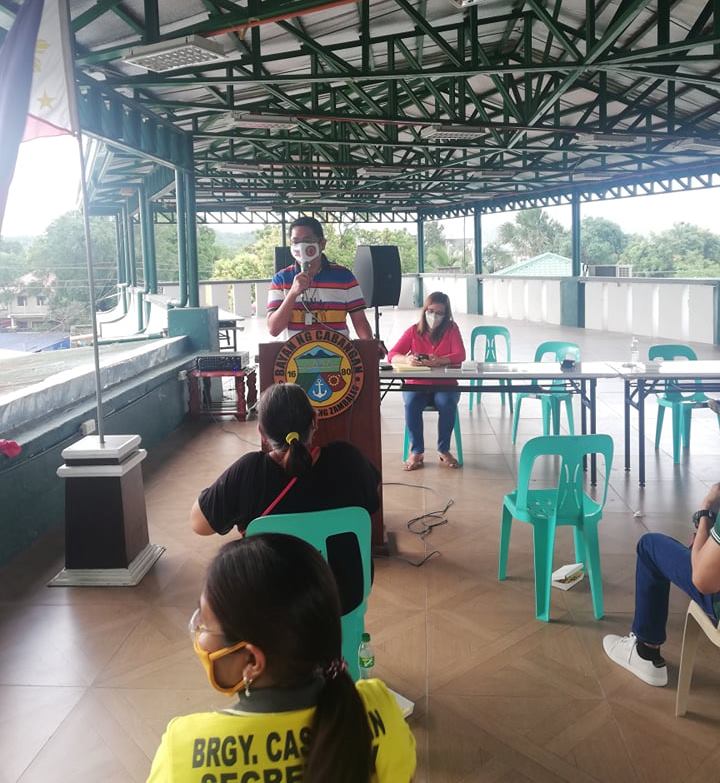 The Municipal Inter-Agency Task Force (MIATF) of Cabangan convened on March 23, 2021 to discuss the new protocols in the province of Zambales stipulated in the Executive Order No. 07, series of 2021, issued by Governor Hermogenes E. Ebdane, Jr.

Mr. Manolito C. Donatos, Secretary to the Mayor, cited each provision in the executive order and gave emphasis on the new province-wide curfew hours, limitations on the sale, distribution and consumption of alcoholic beverages, and parameters on the conduct of gatherings and assemblies.

In his message, Mayor Ronaldo F. Apostol reminded the barangay officials that strict enforcement of health protocols shall be maintained in the locality— especially in the upcoming observance of Holy Week. He said that the conduct of social gatherings and public assemblies shall be monitored to ensure adherence to the new protocols in the province.

As one of the strategies in preventing the surge of COVID-19 cases in the community, barangay officials were encouraged to establish barangay checkpoints to monitor the entry and movement of the persons coming from other critical areas.

Other matters such as— the national Inter-Agency Task Force (IATF) Resolution No. 104, series of 2021, updates on the vaccination, and status of Mt. Pinatubo were also tackled during the meeting.