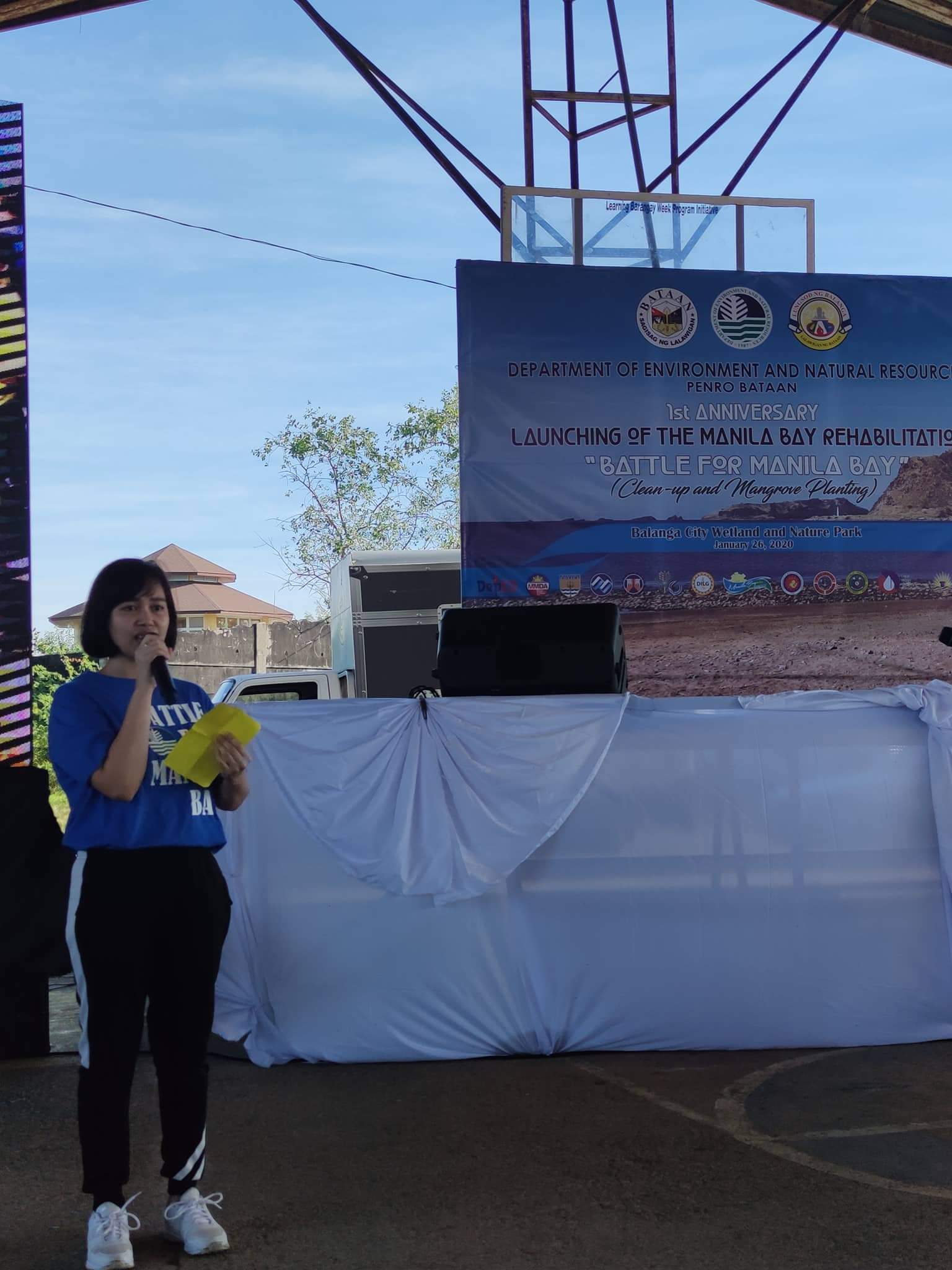 In celebration of the first anniversary of "Battle for Manila Bay", a simultaneous clean-up activity in Bataan, Bulacan, Pampanga and NCR was held on January 26, 2020.

Said program was launched last year to reignite the spirit of discipline, cooperation and unity to bring the bay back to its former glory.

In Bataan, the chosen venue was the Balanga City Wetland and Nature Park in Brgy. Tortugas wherein a clean-up activity, mangrove planting and a programme was held participated by NGAs, local officials and volunteers.

For 2019, the rehabilitation focused on solid waste thus weekly clean-ups were directed to be conducted in all barangays within the Manila Bay area. The directive was successfully complied in the province.

Manila Bay focal person Donna Joy Nacar, on behalf of DILG Bataan, expressed gratitude to the support given by the citizenry to this government project. In her message, she also encouraged everyone to protect the environment not merely for compliance but because of love manisfested through discipline and compassion.