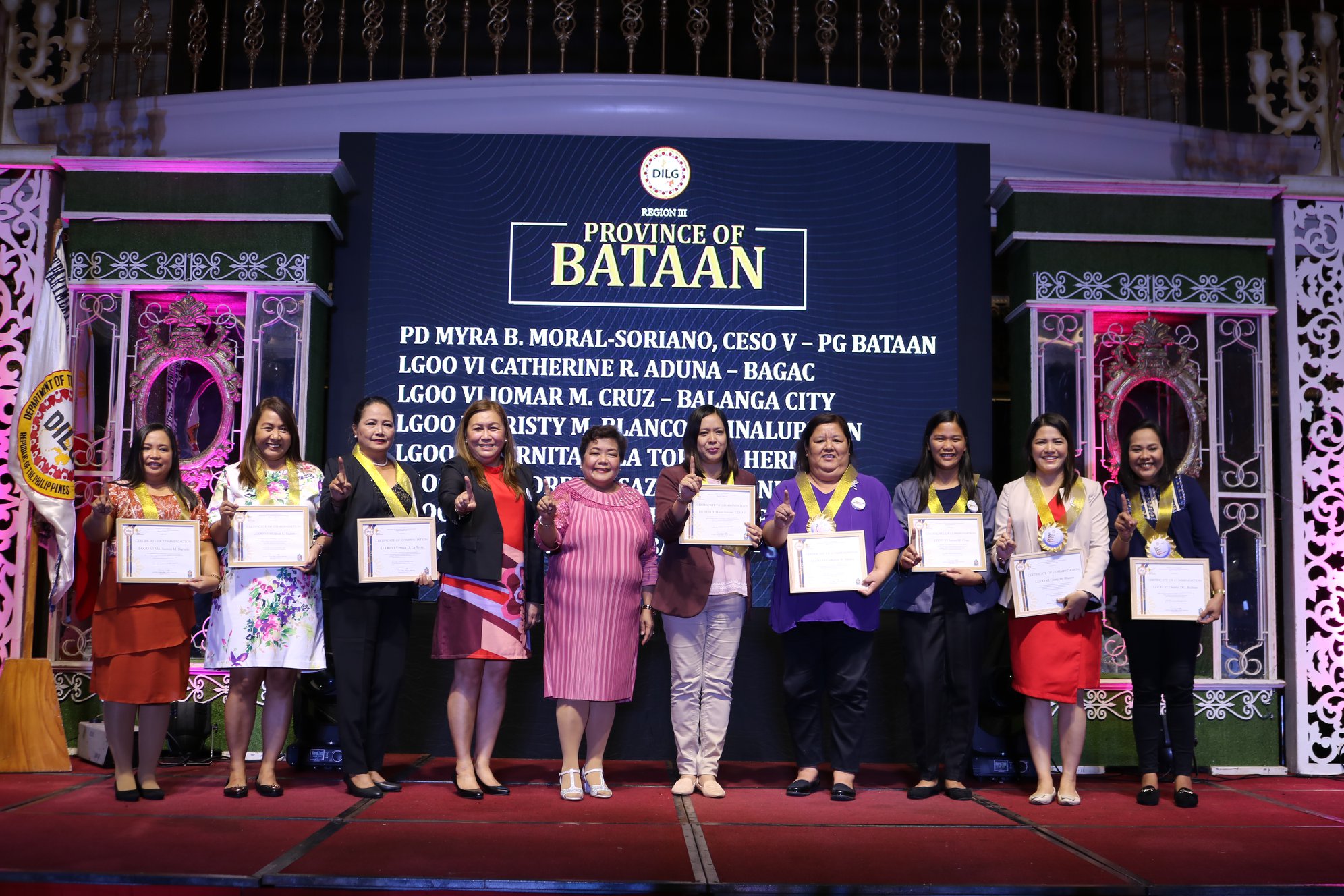 Department of the Interior and Local Government (DILG) Region III awarded the field officers of Bataan and other provinces during the 2019 Recognition of Model LGUs and DILG Region 3 Personnel at the Kingsborough International Convention Center, City of San Fernando, Pampanga on December 11, 2019.

Seal of Good Local Governance (SGLG) Certificate of Commendation was conferred to select C/MLGOOs who showed exemplified performance in helping the LGUs to be recipients of the SGLG. The field officers were:

LGOO VI Ma. Jasmin Bartolo was also awarded as the Best Field Officer in the implementation of locally-funded projects in the Province of Bataan.

Further, LGOO VI Evelyn Matias was recognized for advocating environmental preservation and for her guidance to the City of Balanga to attain the 2018 Manila Bayanihan Award for Cities under the Manila Bay Clean-Up, Rehabilitation and Preservation Program (MBCRPP).

LGU Orani was identified as the best regional implementor of the FY 2018 Assistance to Municipalities (AM) Program in the Province of Bataan while LGU Dinalupihan was a finalist in the same category.