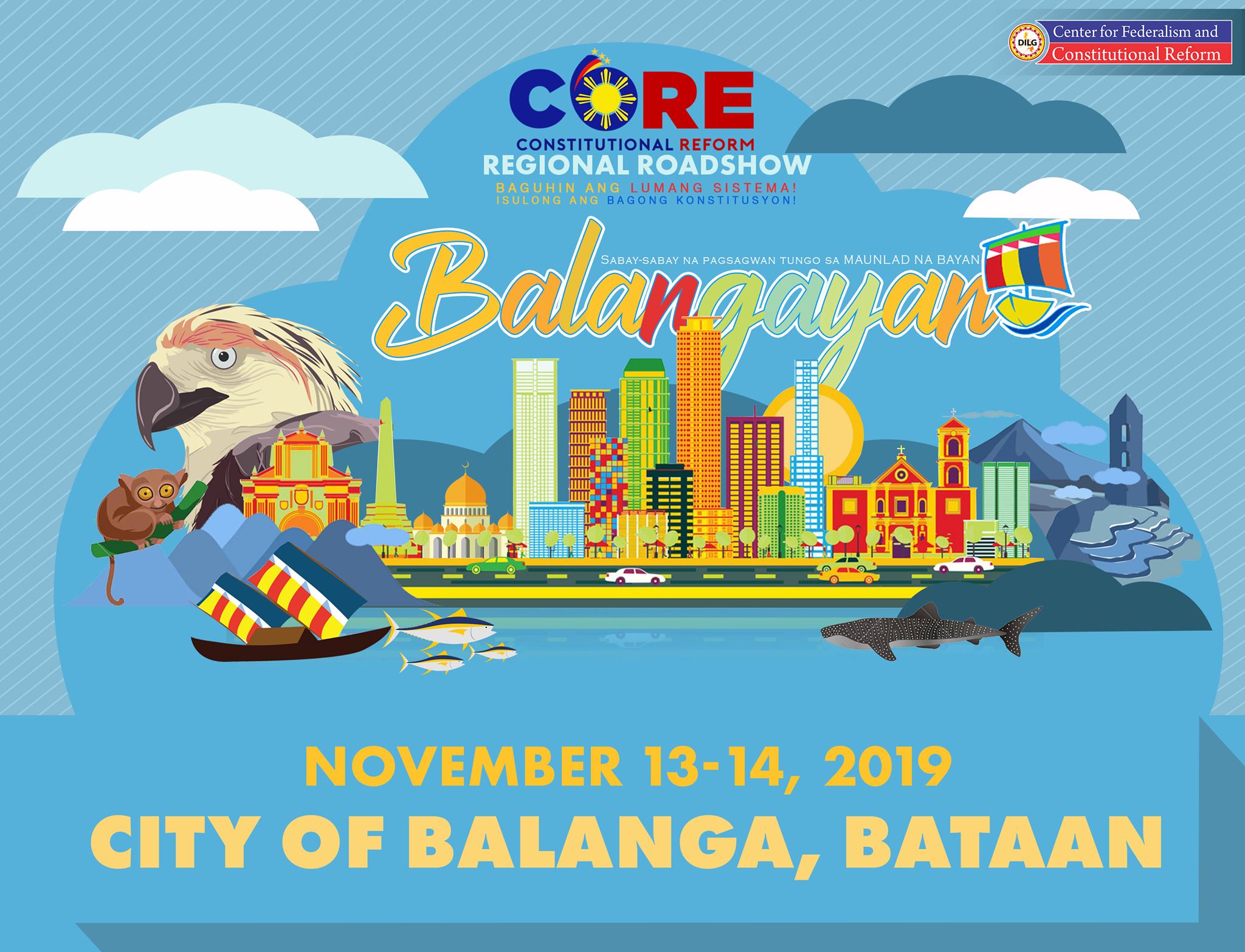 All roads lead to the Province of Bataan as the DILG relaunches its campaign in pushing for amendments of the Constitution by holding the first roadshow in Region III called the "Constitutional Reform (CORE) Regional Roadshow" on November 13-14, 2019 at the City of Balanga, Bataan.

Chosen by the Department as the Regional Showcase, Bataan will host the following activities:

Targeting an audience of local officials, media, youth and DILG officials, the series of activities are campaigned for public support to President Duterte's call to approve amendments of the 1987 Constitution through grassroots information and education campaign of the proposed constitutional reform.

CORE is a DILG program tasked to conduct a nationwide advocacy campaign for the shift from a unitary to a federal form of government. #EmpoweringRegions #Balangayan2019