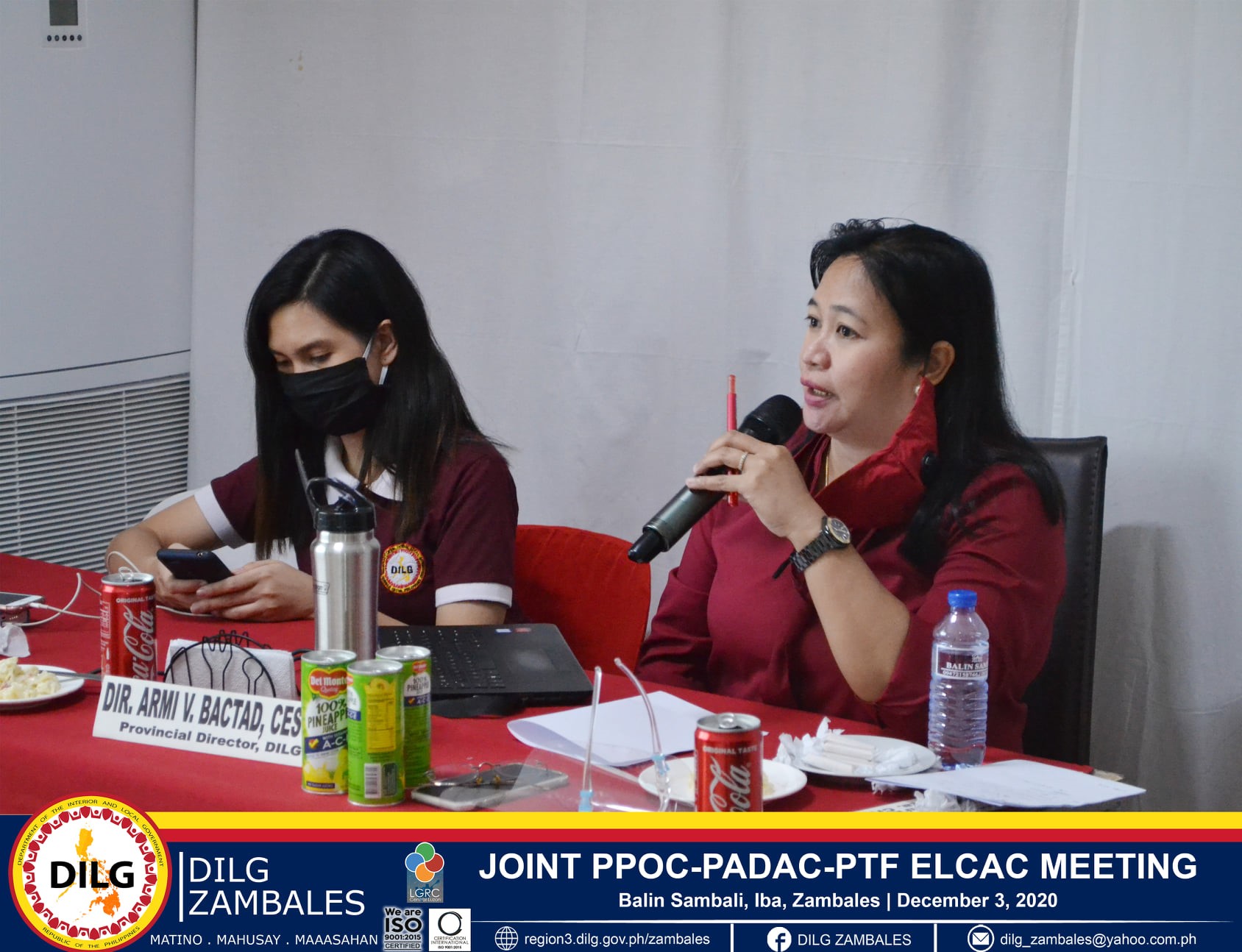 The provincial public order and safety cluster composed of the provincial government, league of municipalities, national government agencies, and civil society organizations— convened to discuss relevant peace and order concerns concentrating on countering societal conflicts through promotion of good governance— during its fourth quarter meeting on December 3, 2020 at Balin Sambali Training and Conference Center, Iba, Zambales.
In his guiding message, Governor Hermogenes Ebdane, Jr. encouraged the peace and order cluster, especially the municipal mayors— to advocate for the whole of nation approach to end local communist armed conflict.
“Good Governance is the bottom line. Kung ano ang sinasabi nyo, ‘yon ang gawin niyo,” the governor advised. Gov. Ebdane further recommended that issues and concerns must be discussed and addressed with the stakeholders at the grassroots level. “Problems are of two dimensions— Physical and psychological. First thing to do is talk about it. When you talk about the problem, you have solved more than one half of the problem,” the Governor added.
Relevant issues like— businesses at the onset of COVID-19 pandemic, rebooting the industries and micro, small and medium enterprises (MSMEs) in the ‘new normal’, comparative assessment of crime index during and after imposition of community quarantine, armed rebel threat situation in the province, data on drug clearing affectation and ways forward on the campaign against illegal drugs were also tackled along with the key offices’ efforts to manage the circumstances despite the pandemic.
DILG Zambales Provincial Director Armi V. Bactad also took the opportunity to commend local government units that have successfully sustained progressive performance in the drive against illegal drugs— this following the recent release of local government unit (LGU) awardees for the 2020 Anti-Drug Abuse Council (ADAC) Special Awards by the ADAC national audit team
Another highlight of the activity is the governor’s announcement of the newly-constructed molecular laboratory in Iba, Zambales that would soon cater for the province’s medical research.
In his closing statement, the governor also mentioned that it is his dream for Zambales to recruit into the provincial government individuals who are capable and with the right attitude to serve and propel the province towards development—where peace and order and public safety prevail. He urged everyone to continue with what they are doing, especially in advocating good governance.
By: LGOO VI Dan A.Esteban