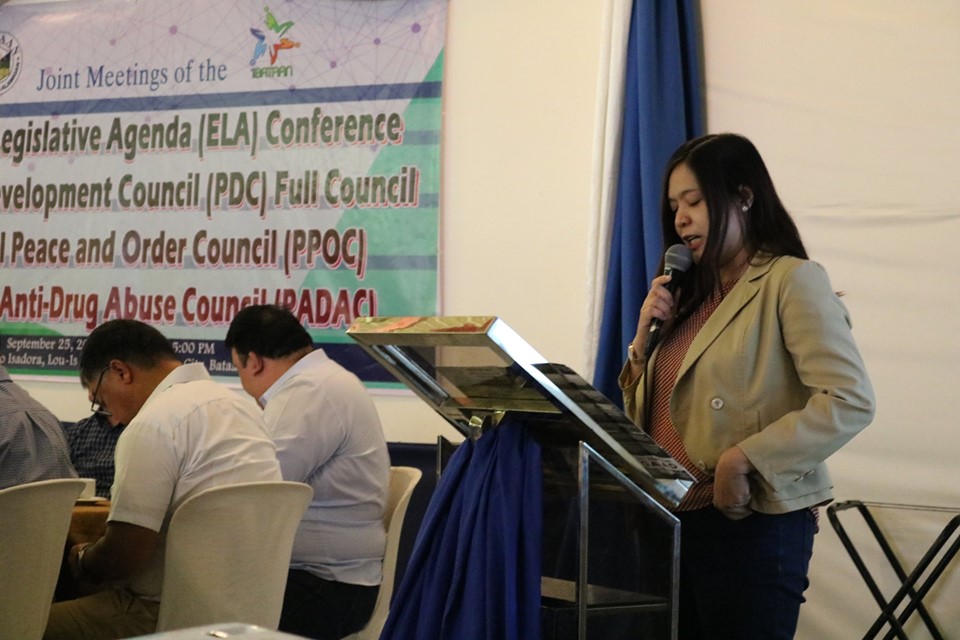 During the activity, the PDC and PPOC passed a joint resolution for the creation of the Provincial Task Force on Ending Local Communist Armed Conflict (PTF-ELCAC) and the implementation of EO 70 in the province. Also approved by the body is the resolution condemning the communist-terrorist-groups (CTGs) as "persona non-grata" in Bataan.

"Ang number 1 solution sa insurgency ay economic growth,” said Gov. Albert Garcia in his message. He also added that the best way to combat insurgency is to provide employment and delivery of basic services to the people.

The creation of the Bataan PTF-ELCAC is in compliance with President Duterte’s Executive Order (EO) 70, which institutionalizes the “whole-of-nation” approach in attaining inclusive and sustainable peace and directing the adoption of a national peace framework.