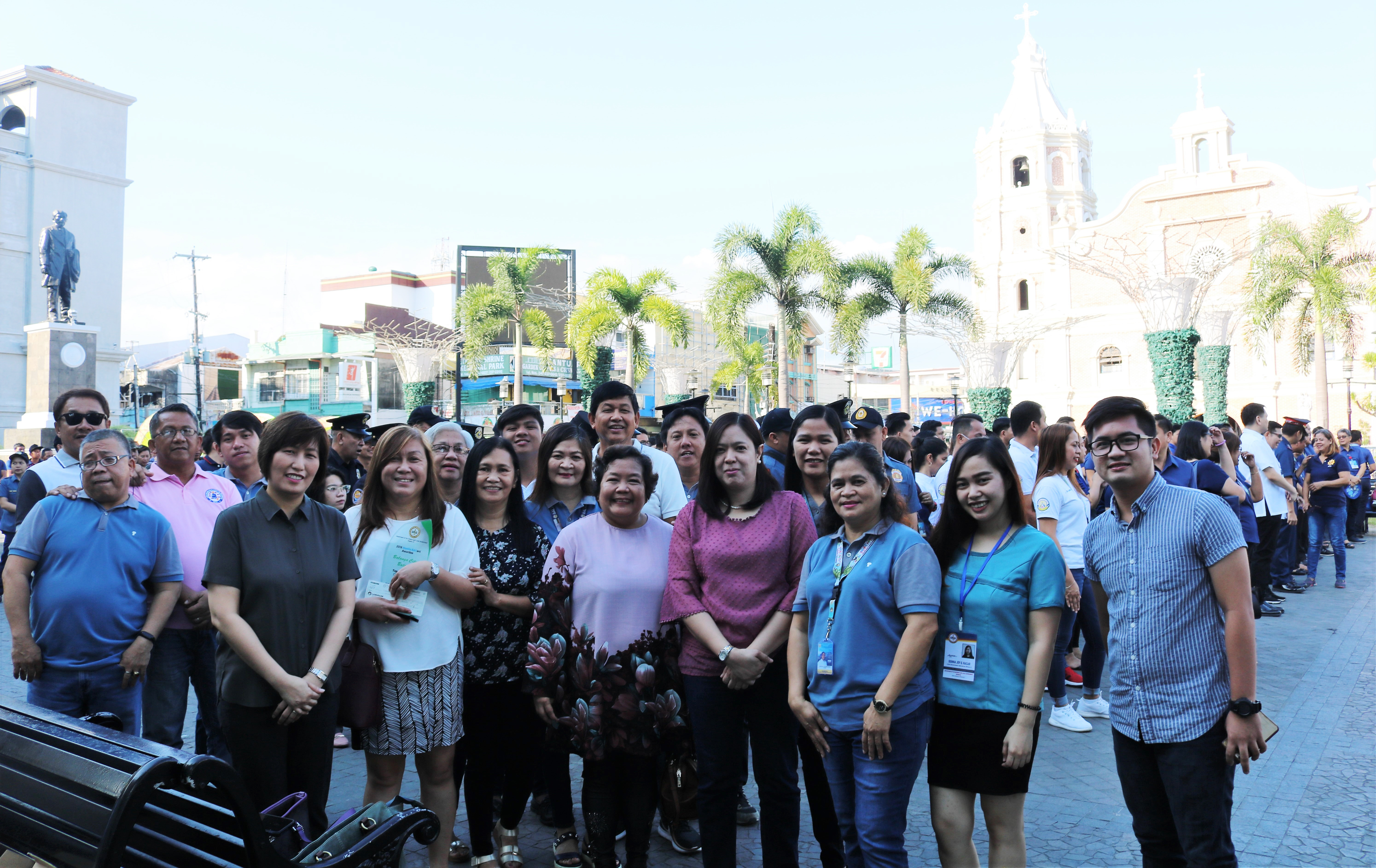 CITY OF BALANGA - The Department of the Interior and Local Government (DILG) Region III recognized the City of Balanga, Bataan as the best local government unit in Central Luzon in the city category with best practices in the rehabilitation of Manila Bay during the Monday flag ceremony of the city government today, April 1, 2019 at Plaza Mayor de Ciudad de Balanga.

MED Chief Lerrie Hernandez congratulated Balanga for being consistent on its eagerness to promote an environment-protective and sustainable community. Likewise, Mayor Garcia thanked every Balangueño for their participation to accomplish the achievement and also acknowledged the efforts of the CENRO.

Conferment of Manila BAYani Awards is based on the results of the Environmental Compliance Audit (ECA). ECA evaluates the implementation and compliance of cities, municipalities, and barangays to Republic Act 9003 otherwise known as Ecological Solid Waste Management Act of 2000.