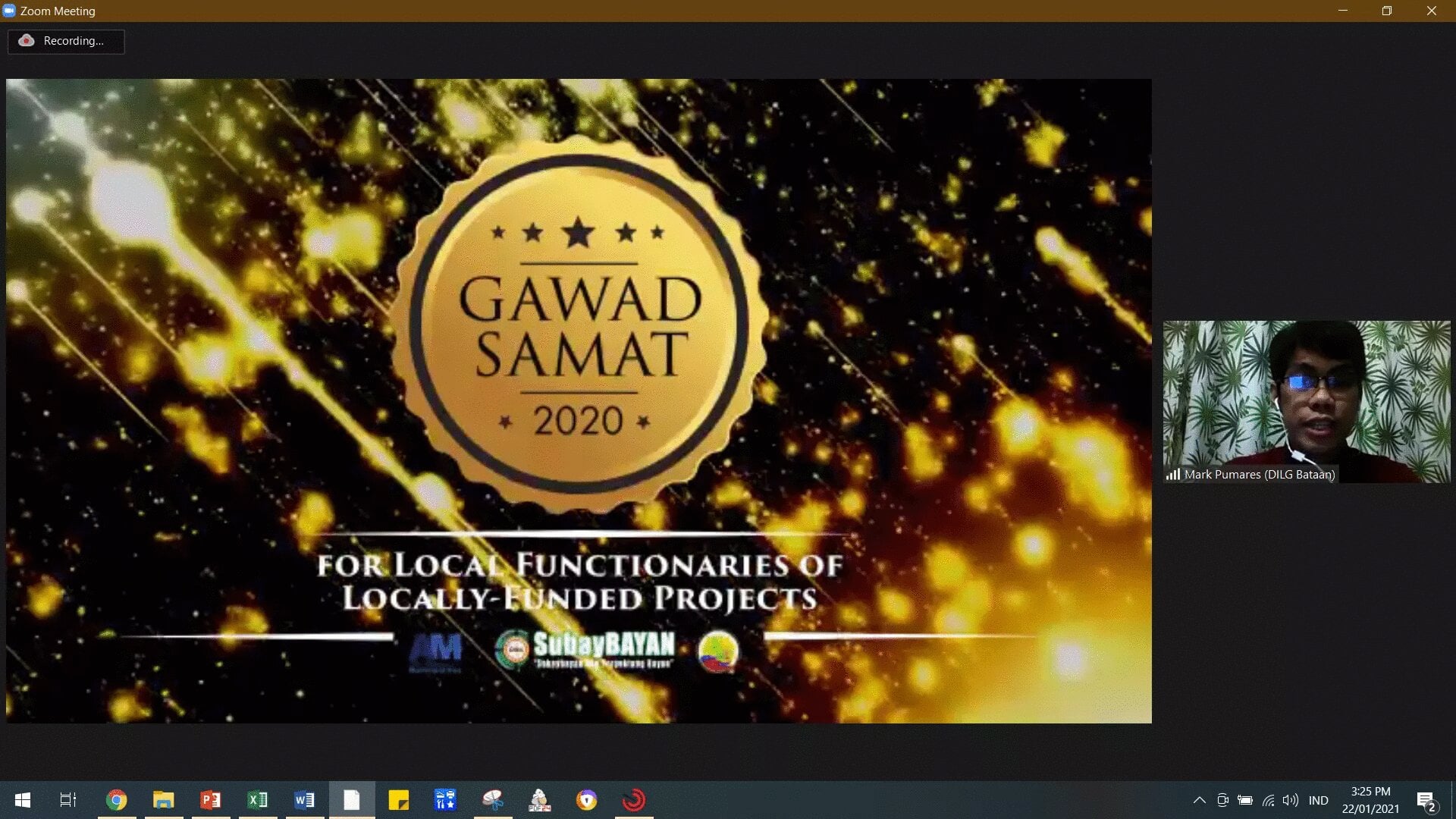 Recognizing the unwavering effort and outstanding performance of the functionaries from the 12 LGUs of the province, DILG Bataan held its first-ever Gawad Samat for Locally-Funded Projects (LFPs) on January 22, 2021 via Zoom Meeting.


For their commendable implementation of the FY 2019 Performance Challenge Fund (PCF) Program, the Municipality of Bagac was hailed as the top-performing LGU for the said program, while the Municipalities of Pilar and Hermosa landed on the second and third spot, respectively.

In her message, Provincial Director Myra Moral-Soriano expressed her gratitude to all the city/municipal administrators, planning and development coordinators, local government operations officers, engineers, accountants, and other functionaries who attended the event and encouraged them to continue the good practices in carrying out the LFPs of the province.

Prior to the actual awarding ceremony, the provincial LFP engineers, led by Capability Development Section Chief Johnny Mandocdoc, presented the physical and financial status of the FY 2019 and 2020 projects as well as the strategic plans of the team to further improve the overall performance of Bataan this year.

Also in attendance were Provincial Focal Person for SGLG MLGOO Cristy Blanco who introduced a glimpse of what lies ahead for the 2021 Seal of Good Local Governance and Cluster Team Leader Melissa Nipal who wrapped up the event with her thought-provoking remarks toward the success of each LGU in the implementation of LFPs.