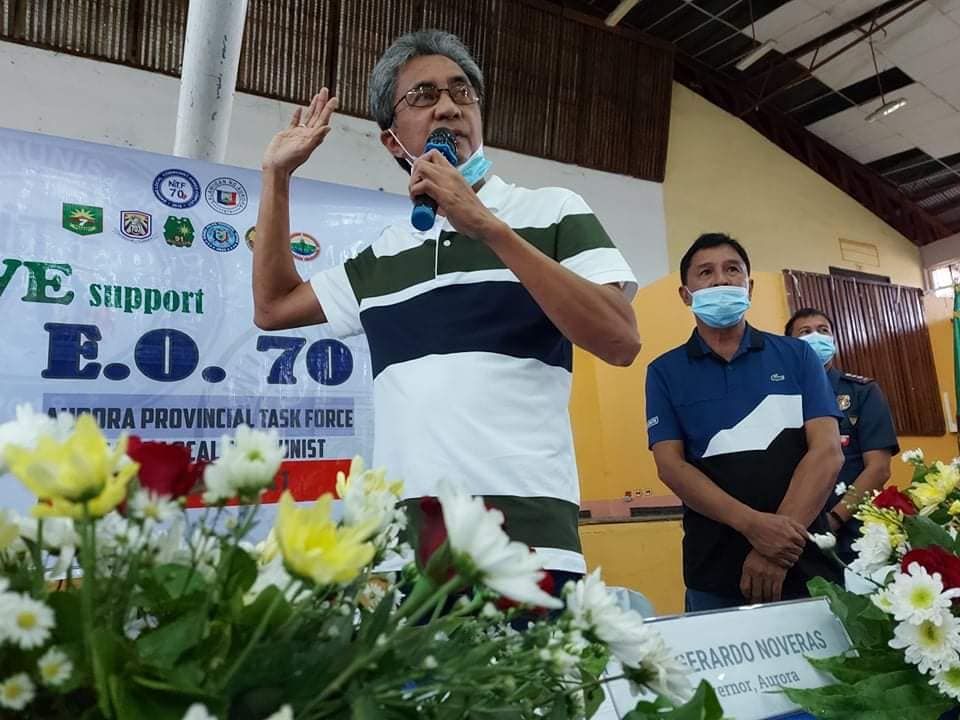 DILG Aurora participates in the Cluster Community Consultation and Consultative Meeting with the Local Task Force on September 16, 2020 at the Sentro Baler, Brgy. Sukl;ayin, Baler, Aurora.

The activity aims to orient the participants composed of NGAS, Provincial and Municipal Task Forces-ELCAC and some former rebels, on the CTG Program and localized peace engagement. This also highlights the critical analysis of the LGU on the identified programs and projects in their respective area of responsibility.

During the activity, former rebel pledged allegiance to the Philippine Flag led by Gov. Noveras.

The DILG Aurora, on the other hand, is continuously assisting Municipal Task Forces in the implementation of the Retooled Community Support Program (RCSP) aligned with the E0 70.