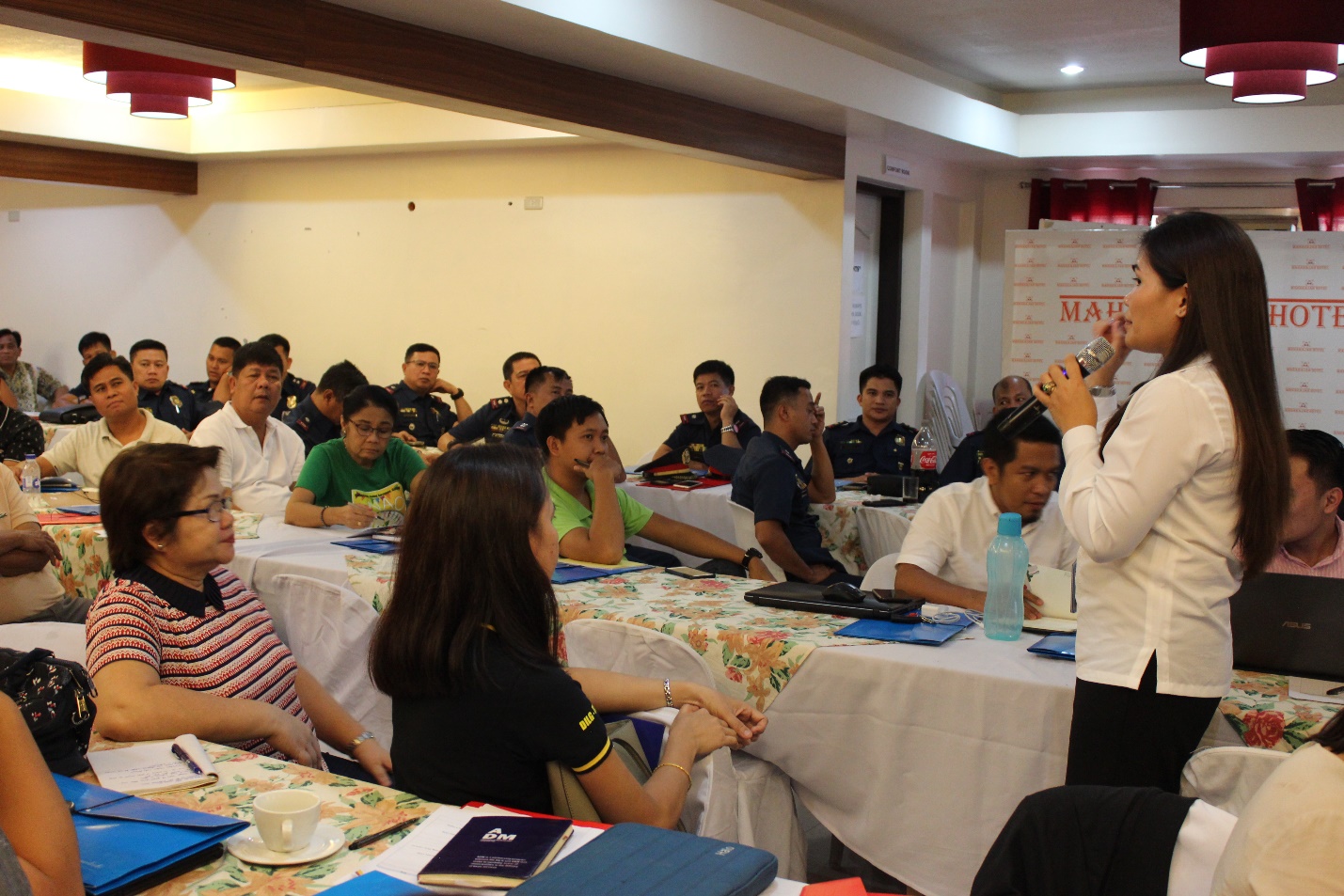 Tarlac City, Tarlac – it goes without saying that Peace and Order and Anti-illegal drugs should be given attention by different levels of local governments to help ease the country from these maladies and their negative consequences.

To this end, DILG Tarlac oriented local government functionaries about the Department's initiative to assess the functionality and capability of local peace and order councils (LPOCs) and anti-drug abuse councils (ADACs) on August 30-31 in Angeles City.

DILG Tarlac Provincial Director Belina Herman said these councils have always been included in recent functionality assessments like the Seal of Good Local Governance (SGLG) but it is only now that they are given more attention through these distinct assessments.

LGOO II Nedricks Canlas presented the different tools that will be used for the audit and explained that since the activity was just introduced this year, DILG will just be concerned in profiling the LPOCs of the municipalities, cities, and provinces across the country.

The POC Assessment will check the existence of these LPOCs, their compositions, the budgetary allocations, the projects they ventured into, and whether or not LGUs have given support to DILG officers as head of the LPOC Secretariat.

LGOO II Maharlina Tejada explained the features of the draft DILG Memorandum Circular which provides for the implementation of the ADAC Assessment in support to Republic Act 9165 or the Comprehensive Dangerous Drugs Act of 2002 and the latest Dangerous Drugs Board (DDB) Regulations.

LGOO V Bryan Rivera presented the forms and guidelines in implementing the ADAC performance audit. He explained that like the POC assessment, the ADAC audit will look at the existence, composition, financial capabilities, functionality, and accomplishments of the ADACs in the different levels of local governments.

PDEA Tarlac Provincial Officer Marie Fe Manto revisited the concepts and processes in the agency's Barangay Drug Clearing Program (BDCP), which involves the participation of other government agencies like the DILG and PNP.

The BDCP process begins with the creation of the BADAC watch list which will be validated by the PNP and PDEA prior to a barangay's application for a drug clearing certificate from the Regional Oversight Committee composed of the regional directors from PDEA, DILG, PNP, DOH, and the Governor.

City and Municipal Local Government Operations Officers, Chiefs of Police, and two (2) other LGU representatives were invited in this activity which is slated to begin on the first week of September.