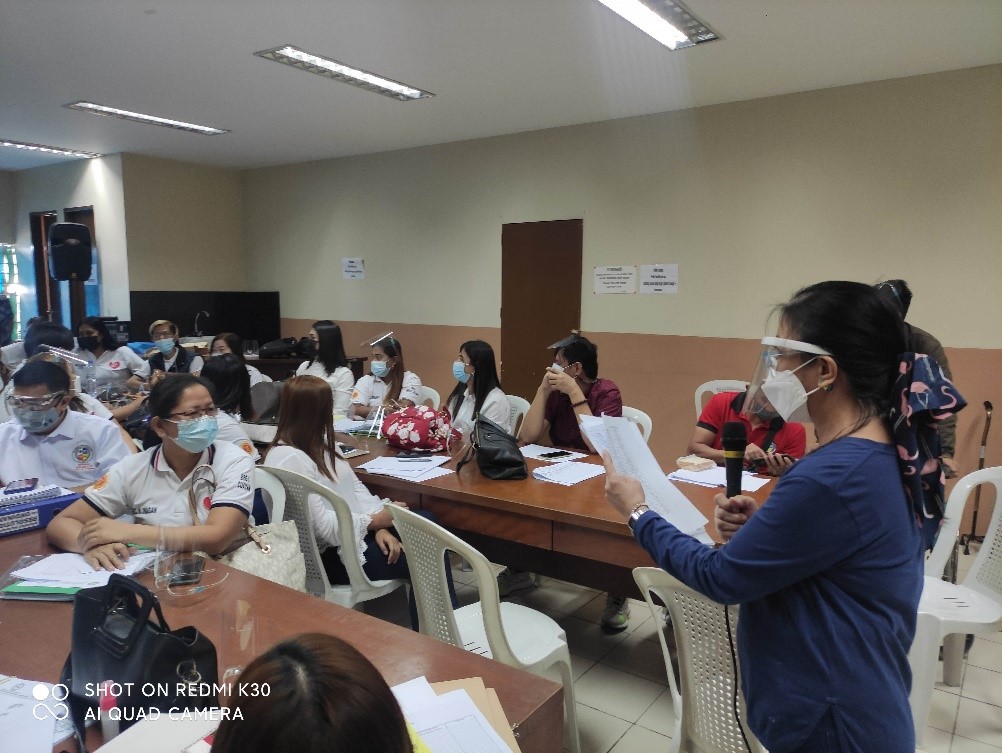 DILG Angeles City headed by CD Martin Porres B. Moral, led the orientation of barangays on the Road Clearing Cross Validation scheduled on February 16 to March 2, 2021. The activity which was held on February 8, 2021 also included the assessment on the Functionality of Barangay Peace and Order Committee (BPOC) and the Lupong Tagapamayapa Incentives Awards (LTIA).

LGOO V Luz M. Madlangbayan discussed the guidelines in cross validation of barangays and the national validation of the road clearing while LGOO V Romer T. Enaje presented the guidelines, updates and schedules of the assessment of the Functionality of BPOC and LTIA. Also, personnel from the City Engineering Office and Angeles City Traffic Development Office joined the meeting to give updates on the road clearing activities of the City.
The activity concluded by bestowing awards to the barangay secretaries who have shown exemplary performance in the 4th quarter of CY 2020.

Minimum Health Standards like wearing of facemask, faceshield, maintaining social distancing and using of alcohol/hand sanitizer were observed during the meeting.