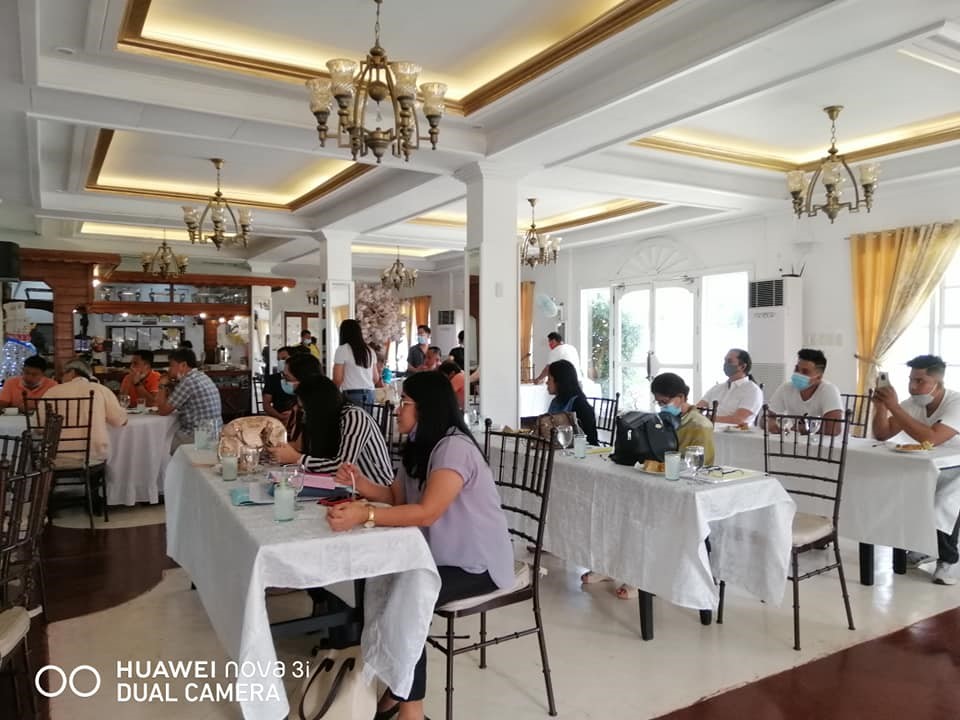 Recognizing the need to update the Local Road Network Development Plan (LRNDP) in line with the new economic agenda of the Provincial Government of Aurora, the DILG Aurora through its program under Conditional Matching Grant to Provinces (CMGP) initiates the conduct of "Orientation on the Updating of Local Road Network Development Plan (LRNDP)" on November 5, 2020 at the AMCO Beach Resort, Barangay Sabang, Baler, Aurora.

The activity which was a combination of a face-to-face and online orientation gathered a total of 33 participants from the Provincial Government of Aurora (PGA) for the physical orientation and other 21 participants composed of Municipal Engineers and Municipal Planning and Development Coordinators from the eight (8) municipalities of Aurora under the Zoom Platforms.

The said activity aims to orient the members of the reconstituted Local Road Management Team (LRMT) of the PGA along with its newly created Technical Working Group (TWG), and the Municipal Engineers and MPDCs from the eight (8) municipalities of Aurora, with the Background, Guidelines and Outline for the Enhanced LRNDP as well as to familiarize them on their roles and responsibilities on the process design and other mechanics of the updating activity.

Atty. Ofelio A. Tactac Jr., DILG Aurora Provincial Director, graced the event with his remarkable message of pursuit of good governance despite the challenges that the pandemic brought not only Province but the whole country. He emphasized that LGUs must continue their commitment to progress and to take on greater challenges toward the achievement of their visions to sustainable governance.

The Local Road Network Development Plan (LRNDP), as one of the innovative requirements of the Conditional Matching Grant to Provinces (CMGP) Program, embodies the DILG's advocacy to continuously steer the Provincial Governments' capacity to contribute to the achievement of a sustainable socio-economic development. It is an integrated 3 to 5-year development plan for the sustainable management of provincial road networks and is supported by multi-year budgeting and expenditure management.