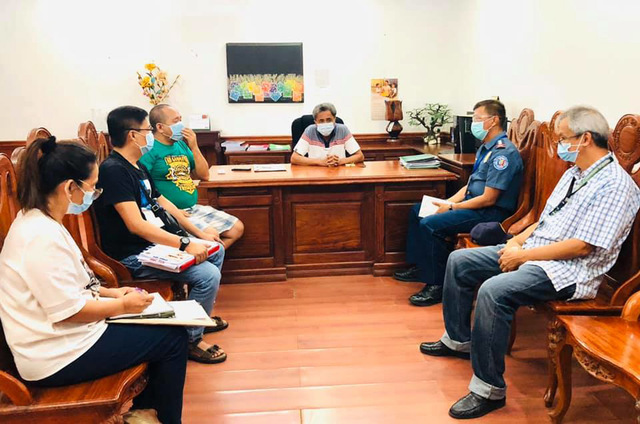 Noveras issued Executive Order no. 2020-0025 which sets interim guidelines for the implementation of GCQ in Aurora province, 2 days after President Rodrigo Duterte signed EO 112 that placed several provinces, including Aurora, under GCQ. Pres. Rodrigo Duterte has kept the rest of Central Luzon and other high-risk areas under ECQ.

The governor’s new Executive Order supersedes his previous April 30 order that directed all municipal governments of Aurora “to continue to abide by and implement the ECQ protocols” until Malacañan formally issues an order imposing GCQ in the province.

In his EO, Noveras said that Aurora will be under GCQ from May 2 to May 15 and ordered the provincial police to continue manning existing checkpoints and strictly implement the Inter-Agency Task Force on Emerging Infectious Diseases’ (IATF-EID) guidelines.

The governor stated in his order that liquor ban and the 8pm to 5am curfew will continue to be enforced in the province.

In an interview over DZJO-FM Baler on Saturday, Noveras said that placing his province under GCQ was in compliance with IATF-EID and Malacañang’s directives.

(If my personal decision would be followed, I prefer that we remain under ECQ because we would only have to implement for a few more days. If we were able to be patient for more than 40 days, what’s another 15 days or less?)

Aurora is among the 20 provinces in the country with no recorded coronavirus case as of April 22.

He had also likened the novel coronavirus to a “thief in the night” that would prey on its victim when the latter least expects it, which is why he prefers to continue restricting the movements of the residents and people going in and out of the province.

But Noveras said that he was also concerned about the welfare of daily wage earners and those who do not have permanent jobs. He said that he wanted to hear the opinions of the mayors of the 8 towns of the province regarding this matter.

The governor is set to meet on Monday, May 4, the members of the Aurora COVID-19 Task Force and the 8 municipal chief executives that include:

Noveras said that his decision on whether or not to ask the IATF-EID to extend the ECQ in Aurora will depend on the recommendation of the majority of the town mayors.

Since the imposition of the Luzon-wide ECQ on March 17, Aurora provincial government has been subjecting drivers and crews of cargo trucks to mandatory 14- day quarantine.

This policy is contrary to IATF-EID’s April 2 announcement that asymptomatic drivers and crews of cargo trucks are not required to undergo 14-day quarantine to allow unhampered movement of cargoes and steady supply of food.

Noveras said he was ready to be punished for imposing such a policy in his province.

The governor attributed the zero COVID-19 case achievement of Aurora to strict quarantine policies, particularly the 14-day quarantine for those coming from areas outside of the province. He said the only way novel coronavirus could enter Aurora was through people who come from other cities and provinces.

Should Noveras decide to ask the IATF-EID to extend the ECQ in Aurora, he said that one of the bases he could cite is the province’s proximity to Neva Ecija which has 50 confirmed COVID-19 cases as of April 29, according to data from the Department of Health.

As of Sunday, May 3, the number of coronavirus cases in the country has breached the 9,000- mark, but more than a thousand patients have also recovered. The death toll rose to 607.