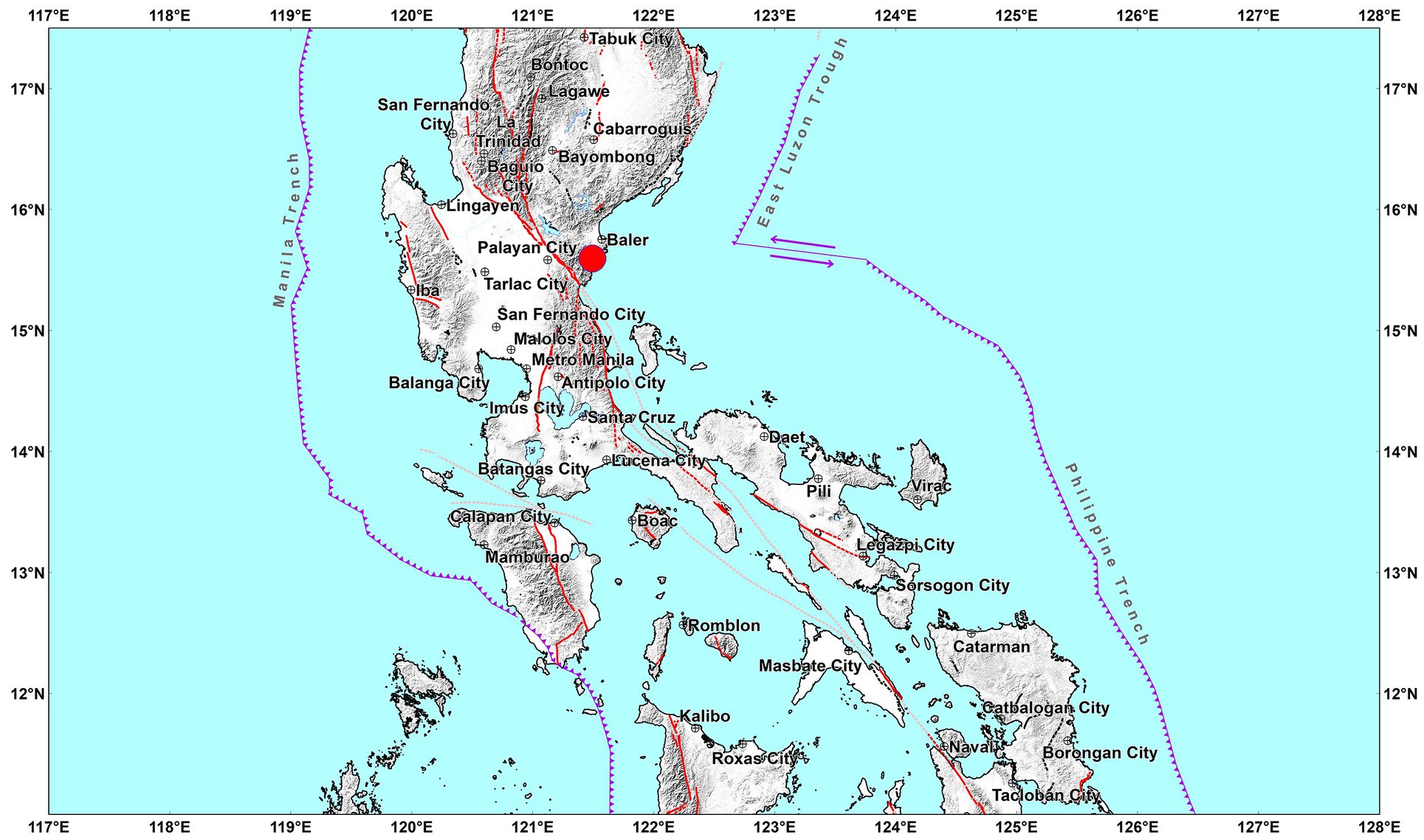 A magnitude 5.4 earthquake struck the Province of Aurora on May 23, according to the Philippine Institute of Volcanology and Seismology (PHIVOLCS).

PHIVOLCS said the earthquake struck at 10:10 am with the epicenter located in San Luis, Aurora.

PHIVOLCS initially reported at around 10:23 am that the earthquake was magnitude 5.1, but upgraded this to magnitude 5.4 in an updated bulletin released at 10:59 am.

The earthquake, which was tectonic in origin, had a depth of 7 kilometers and was felt in the following areas: