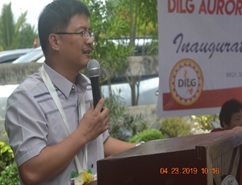 BALER, Aurora – A milestone event was celebrated by the Department of the Interior and Local Government (DILG) - Aurora. On April 23, 2019, the Blessing and Inauguration of its new provincial office building was held at Brgy. Suklayin, Baler, Aurora. The event was attended by officers and personnel from the different national government agencies and LGUs.

During his message, Provincial Director Atty. Ofelio A. Tactac Jr., CESO V, said he is very thankful and grateful to the Municipality of Baler for providing the lot where the provincial office building was constructed. The office construction would not be possible without the support of the Municipal Government. He further stated, "I hope the establishment of our new office will symbolize a better performance and a greater coordination and cooperation between the DILG, other partner agencies and LGUs in the delivery of public service to our clienteles." 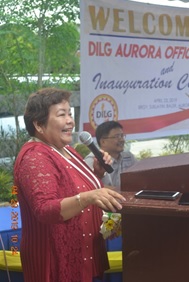 DILG Region 3 Regional Director Julie J. Daquioag, Ph.D., CESO III, said that “while the Municipal Local Government of Baler is grateful to the DILG Aurora for the constant guidance and unwavering support it gives to local governments, it is actually the Department that is truly blessed for having them as partners”. RD Daquioag also commended the ensuing effort of all the people who, in one way or another, worked behind for the new building's construction. She also expressed her utmost gratitude for the amity and benevolence of the Municipality of Baler under the leadership of Mayor Nelianto C. Bihasa. 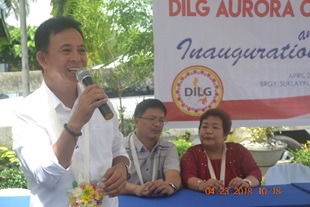 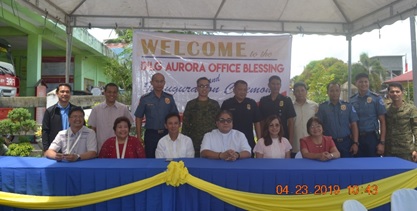 DILG Aurora's new office completion also indicates the beginning of a new chapter towards the continuing effort of the Department in nurturing LGUs in achieving good governance, ensuring public accountability, transparency, and improvement of public service for Aurorans.