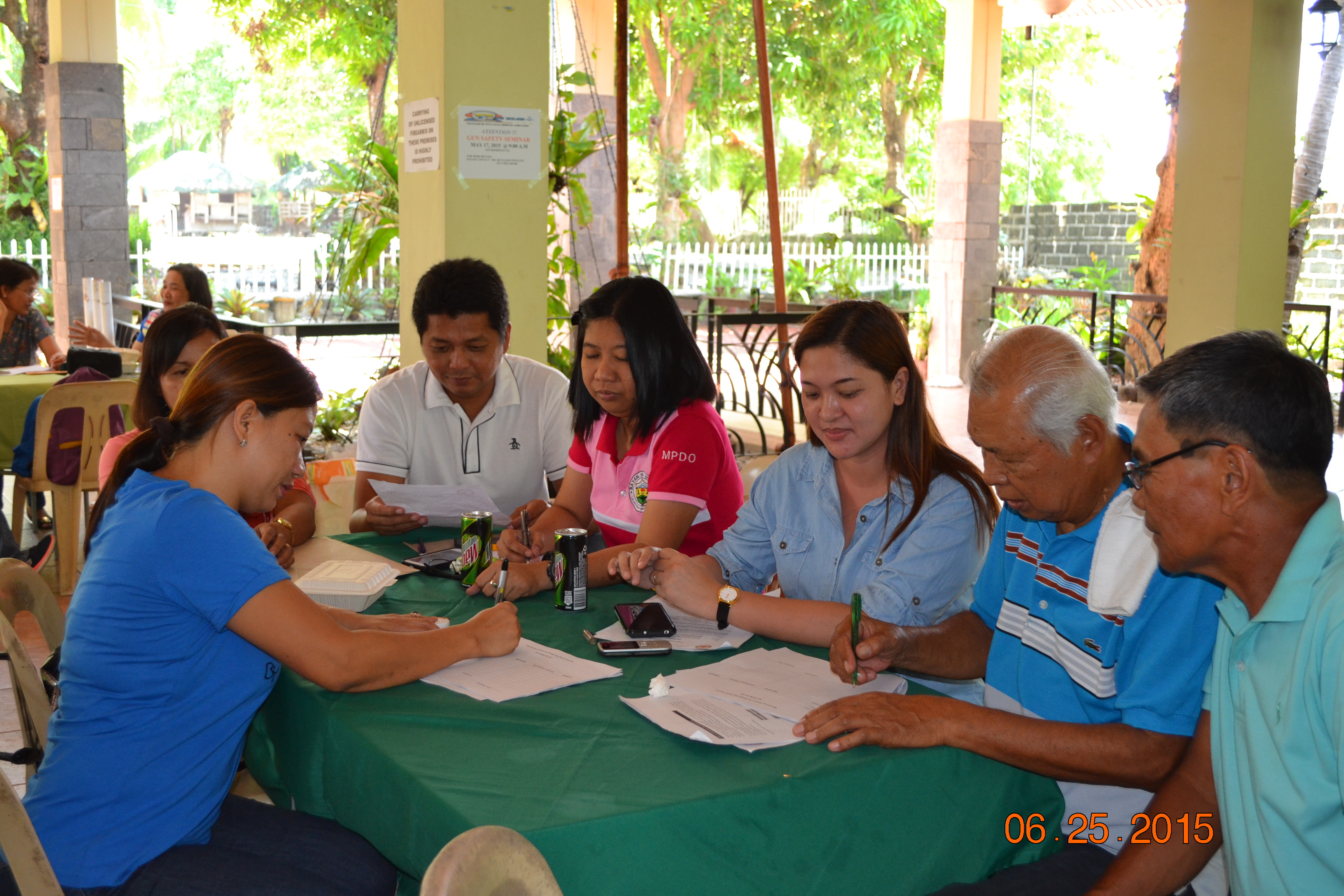 Aiming to accelerate the implementation of BUB Project Implementation, the Department of the Interior and Local Government- Nueva Ecija conducted an Orientation-Workshop on the BUB Projects Monitoring Team among the pilot areas, municipality of Quezon and Sto. Domingo, held on June 25, 2015 at Marco Polo Resort, Sto. Domingo, Nueva Ecija.

As the host municipality, Sto. Domingo Local Chief Executive Hon. Leonido de Guzman sincerely appreciated the presence of the participants and looked forward for their active involvement particularly in achieving the goals of the activity which is the proper monitoring of BUB projects implementation.

DILG- Nueva Ecija Provincial Director and concurrent Assistant Regional Director Abraham A. Pascua, Ph. D., CESO III expounded the objectives of the activity and stressed that the two municipalities were chosen as the pilot areas due to the fast implementation of BUB FY 2014 Projects in the area.

PD Pascua also tackled the composition and roles of BAT and UBAS as the primary individuals who will be responsible in the BUB Project Monitoring, as well as the discussion in Promoting and Sustaining Good Governance at Barangay Level.

On the other hand, LGOO V Evelyn Lorenzo presented the updates of BUB FY 2014-2015 Project Implementation being implemented in the said municipalities while LGOO II Alfa Krista Cruz and UBAS Regional Focal Person LGOO II Krista Nina Datu discussed the significance of Full Disclosure Policy at Barangay Level and the significance of the engagement of UBAS in BUB Projects Monitoring, respectively.

UBAS Provincial Focal Person LGOO II Kimberly Ruiz guided the participants in their Action Planning and presented their outputs at the end of the activity.

A commitment building was also done to ensure the active engagement of the BUB Monitoring Team.