Search for the Lupong Tagapamayapa

One of the major programs of the Department of the Interior and Local Government is the Lupon Tagapamaya Incentives Awards (LTIA). As part of this program, the newly assigned OIC-City Director Belina T. Herman convened the City Awards Committee on February 12, 2015 at DILG, Angeles City Office. The meeting was attended by PNP representative PSI Antonio S. Lim, Jr., City Prosecutor Atty Oliver Garcia, PPCRP Chairman Noel Sibal, representative of the Liga ng Mga Barangay Office Myrna P. De Leon and the five (5) barangay secretaries as nominees to the LTIA.

As a pilot LGU, DILG Angeles City launched the Ugnayan ng Barangay at Simbahan (UBAS) held on December 2, 2014 at Holy Rosary Parish Hall, Angeles City. The activity aimed to have a strategic partnership between the Barangays and parishes to pool resources and synchronize efforts in the advocacy of good governance and efficient delivery of services to people for the attainment of community development. A total of 130 participants attended the said activity which comprised of Inter-Faith Organizations, Punong Barangays, Convenor’s Group, and the Parish Pastoral Council of Angeles City. 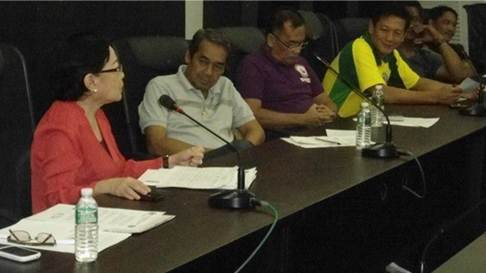