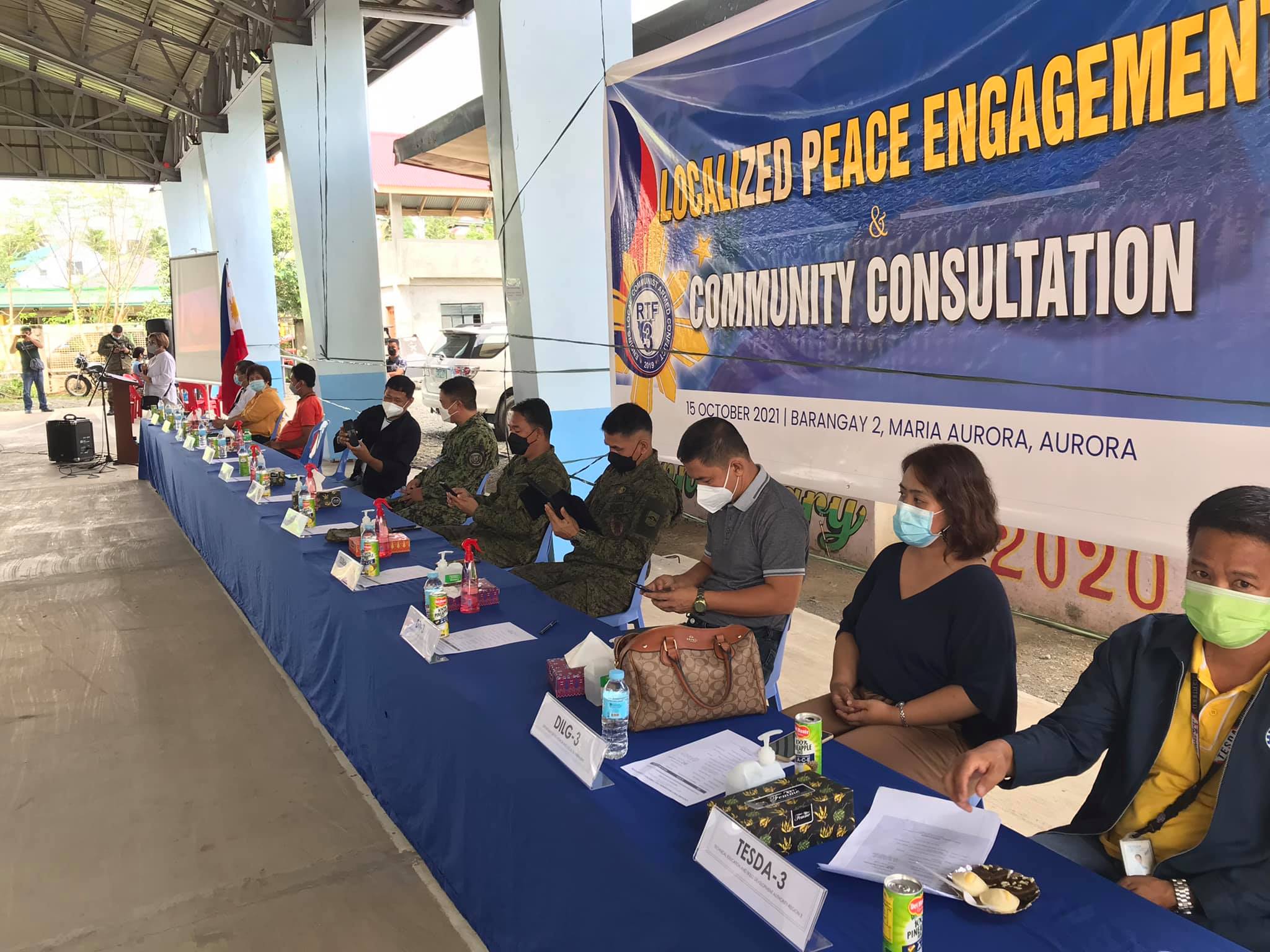 Some former rebels and supporters from Brgy. 02 in the Municipality of Maria Aurora, on Friday, October 15, 2021, joined the Region III Regional Task Force ELCAC’s conduct of Localized Peace Engagement and Community Consultation, to signify their official withdrawal of support to the Communist Party of the Philippines-New People's Army (CPP-NPA).

The Regional Task Force to End Local Communist Armed Conflict (RTF-ELCAC) facilitated the peace activity, which followed the maximum health standard protocols, to cater to members or supporters of the communist terrorist group (CTG) who voluntarily surrendered to the government.

National Government Agencies presented their respective programs for the former rebels. One of which is the Enhanced Comprehensive Local Integration Program (ECLIP) of the DILG which is a flagship program of President Rodrigo Duterte’s peace and order agenda. It was discussed by LGOO V Madam Cassey N. Buenaventura, representing DILG R3 Regional Director, Dir. Karl Caesar R. Rimando, CESO III.

In her message, LGOO V Buenaventura encouraged the FRs to be productive members of the community and be involved in government community-support programs. 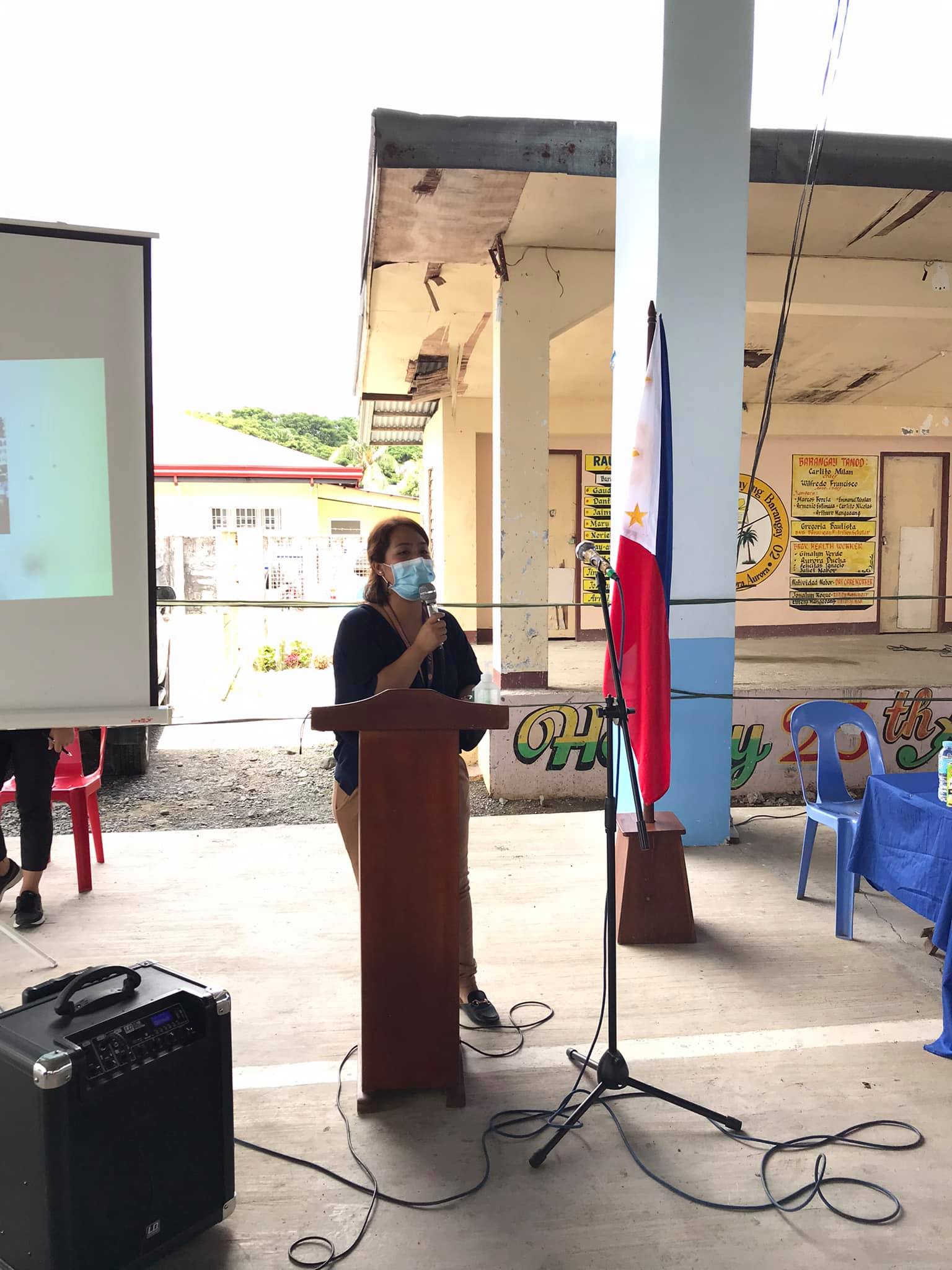 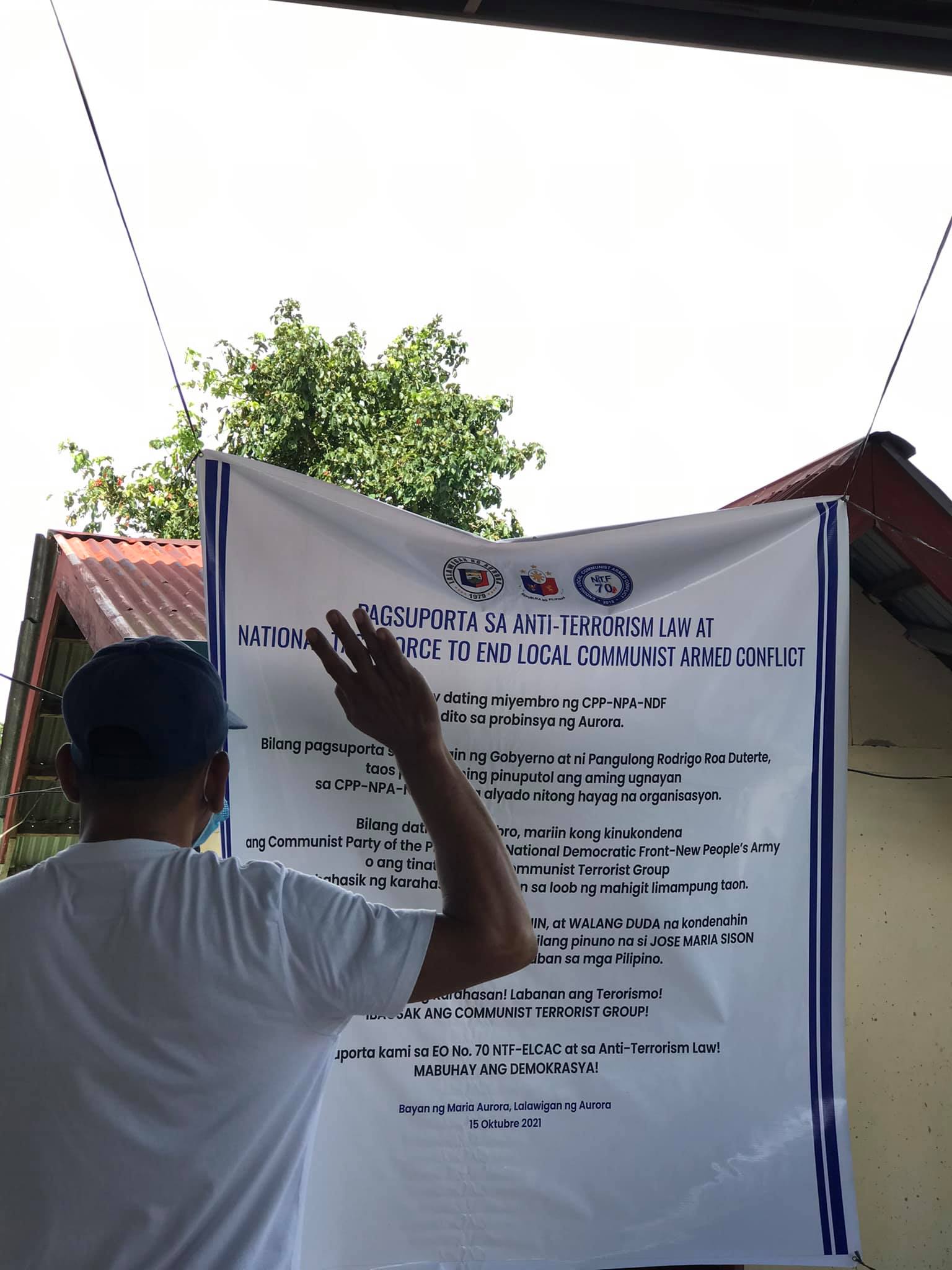