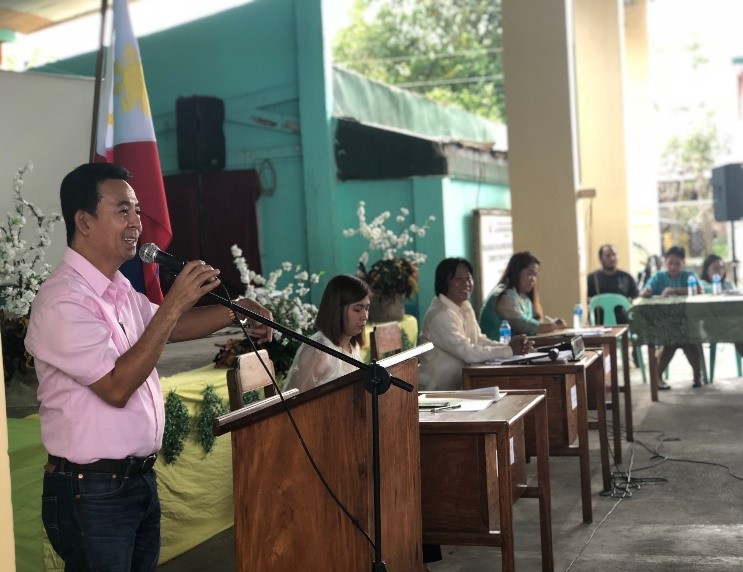 Pursuant to Proclamation No. 260 dated September 30, 2011 which declares the last Saturday of March and the second Sunday of October as Barangay Assembly Days, Officials of the Municipality of Baler together with personnel from the Department of Interior and Local Government (DILG) and partner National Government Agencies (NGAs) attended the Barangay Assembly in Barangay Buhangin, which was chosen as the Provincial Showcase for 1st Semester of the year 2018 on March 26, 2018.

“Ang Barangay ay repleksyon ng mga gawain ng bawat ahensya ng gobyerno”, said LGOO VI Armida C. Palispis, MLGOO of Municipality of Baler. In her message, she encouraged the residents to become part of the solution of issues and concerns in the Barangay. With the theme, “Makialam! Makilahok! Makiisa!”, MLGOO Palispis reminded the importance of the contribution of everyone in the development of the barangay.

All of the barangays in the province were able to conduct barangay assembly.