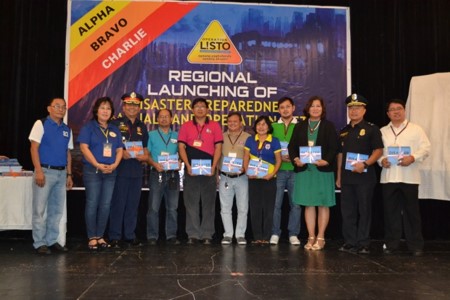 Bacolor, Pampanga – Department of the Interior and Local Government Region III Director Florida M. Dijan spearheaded the launch of the “Operation Listo” and the turnover of Disaster Preparedness Manuals to DILG Provincial Directors and Cluster Team Leaders, the Provincial Directors of the Philippine National Police and the Bureau of Fire Protection, and the Provincial Disaster Risk Reduction Management Officers, at the King’s Royale Travelers Hotel, Olongapo-Gapan Road, February 25, 2015. 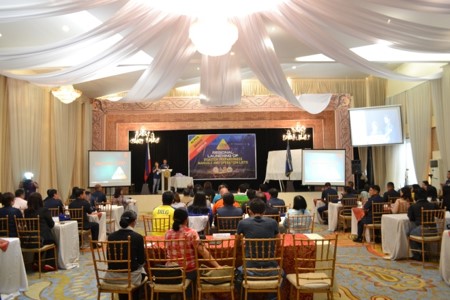 Operation Listo aims to build or strengthen awareness among Local Government Units (LGUs) on the preparations before, operations during, and the series of actions to be administered after a disaster afflicts a municipality or city, through the manuals handed out at the event.

The manuals were formulated specifically for Local Chief Executives, Chiefs of Police, Fire Marshals, and Municipal/City Local Government Operations Officers, detailing the process of action and accomplishment of checklists of early and minimum critical preparations.

The manuals provide for the preparation of local communities in the event of typhoons and floods that occur within areas of responsibility, ensuring safety and resiliency of communities to face these challenges.

Identified in the manuals are capacity-building instructions mitigating challenges faced by communities from adverse impacts of disasters. Also, specific and collaborative roles of LGUs, different National Government Agencies, and the media, are shown via flowchart, among others, ensuing for the fulfilment and success in handling calamities.

The launch of Operation Listo was duly fortified with the signing of the Pledge of Commitment, participated by the attendees of the event.