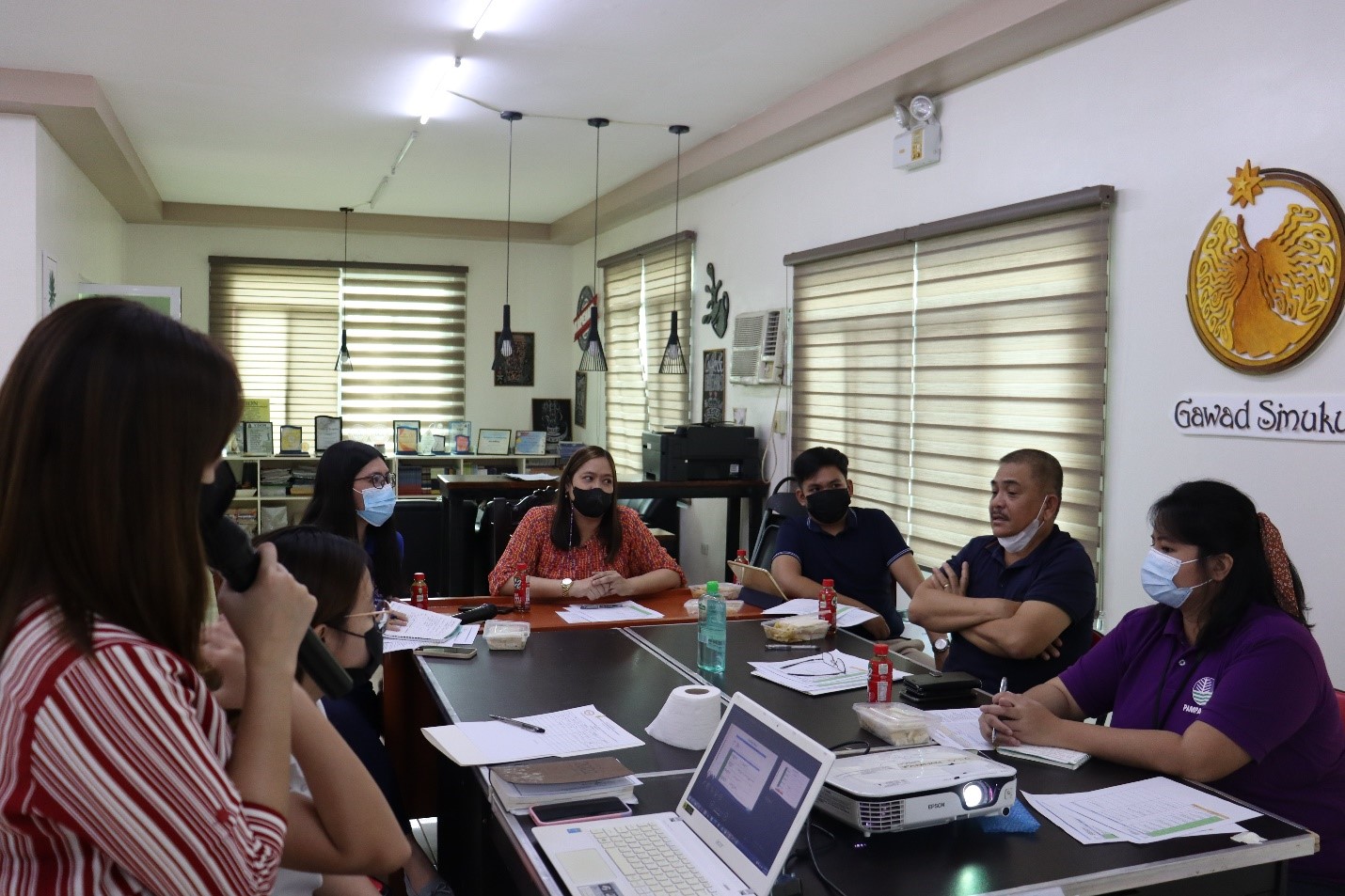 Following the provincial table validation of the said audit, the Provincial Assessment Committee (PAC) led by Dir. Myra B. Moral-Soriano determined the two best barangays that will represent the province in the regional round of the said awards.

PAC members pored over the means of verifications submitted by the barangays afterwhich the initial scores of the Barangay nominees of the 21 LGUs were finalized.

Likewise, the audit committee discussed the gaps observed and corresponding interventions that may be extended to the LGUs to improve their performance especially low-compliant barangays as a preparation for the next audit year.

PD Soriano stressed that barangays must be strengthened through various capacity development activities relative to the environment and assistance from higher local government units are key factors to elevating the compliance status of barangays in the province of Pampanga.

The BECA was developed to recognize the barangays that have shown exemplary performance on the implementation of their mandates and responsibilities under RA 9003.