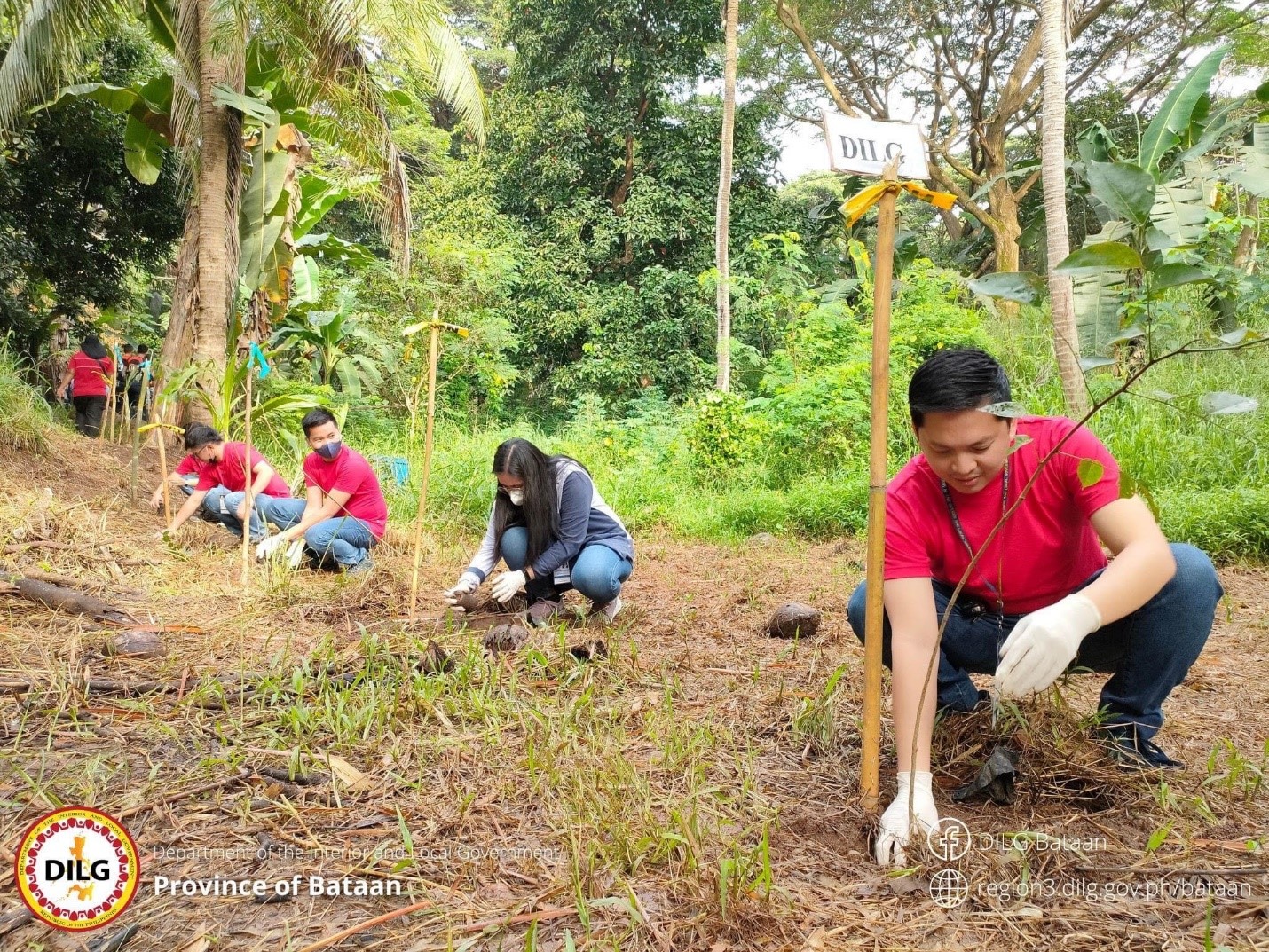 LIMAY - National government agencies, LGU, barangays and stakeholders have joined forces to help mitigate the impact of climate change by planting various tree seedlings in the barangays of Lamao and Alangan on September 13, 2022.

The activity was initiated by DILG, in coordination with the DENR and DA, to support President Ferdinand "Bongbong" Marcos Jr.'s priorities on environment and natural resources as mentioned in the 2022 State of the Nation Address and the government's greening program.

DILG Bataan Director Belina T. Herman stressed the significant value of the activity in strengthening the LGUs to be environment-protective, disaster-resilient and climate change-adaptive local governments.

PD Herman also urged the LGUs and stakeholders to help ensure that the planted trees will thrive and help ensure the sustenance of the activity.