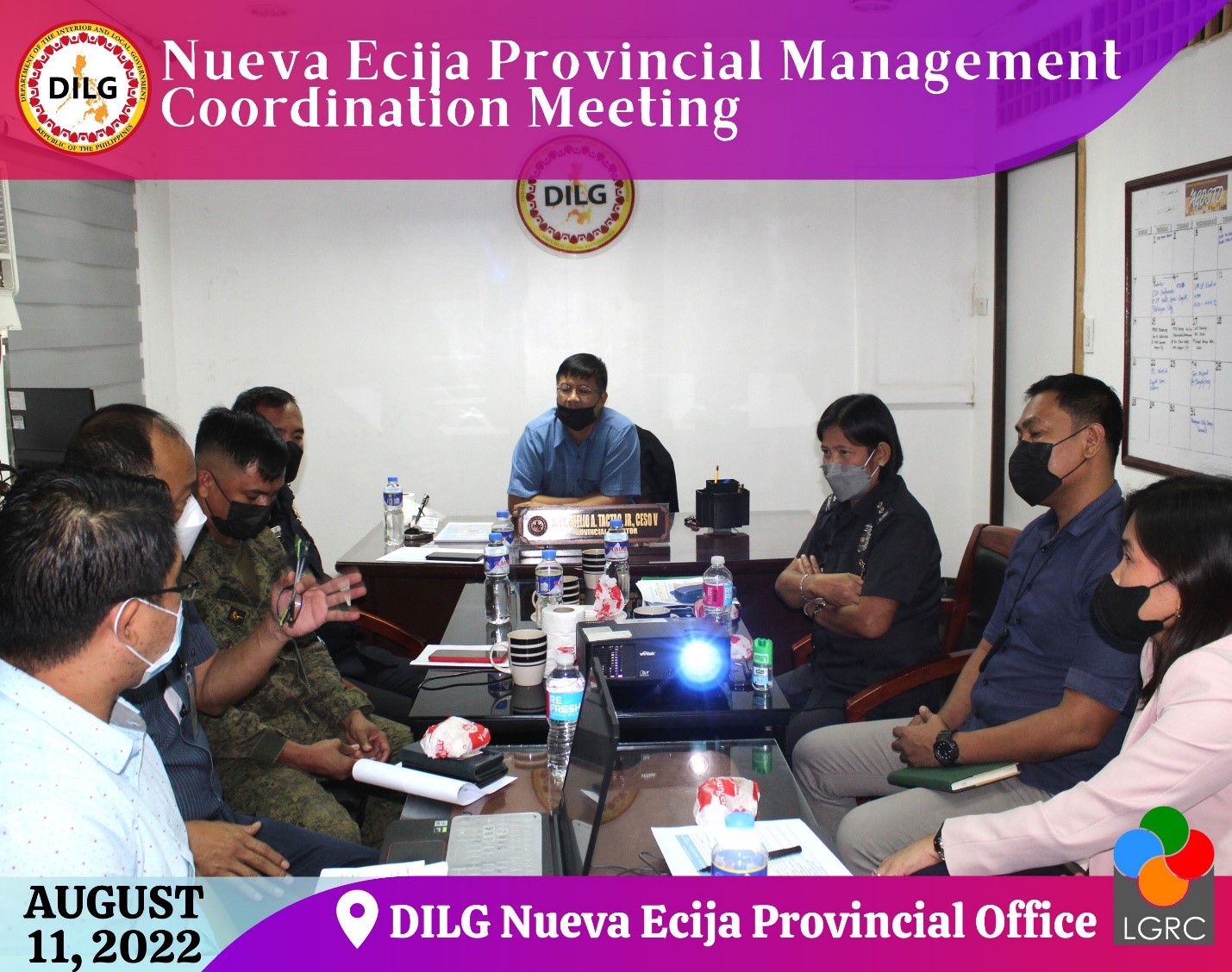 DILG Nueva Ecija, headed by Provincial Director Atty. Ofelio A. Tactac, Jr. facilitated the meeting with the members of the Provincial Management Coordinating Committee (PMCC) on August 11, 2022 at the DILG Nueva Ecija Provincial Office, Cabanatuan City, to discuss the strategies to facilitate the crafting of the Peace and Order and Public Safety (POPS) Plans of the Local Government Units in the Province.

During the meeting, LGOO V Vivorey S. Lapitan presented the brief overview of the POPS Planning followed by the discussion of PD Atty. Tactac on the guidelines on the formulation of the said plan. The Nueva Ecija PMCC is composed of the Department of the Interior and Local Government (DILG), Philippine National Police (PNP), Bureau of Fire Protection (BFP), Bureau of Jail Management and Penology (BJMP), Philippine Drug Enforcement Agency (PDEA), and the Armed Forces of the Philippines (AFP).

The POPS Plan is a 3-year term-based plan formulated by the Local Peace and Order Council. It consists of programs and activities on peace and order and public safety, as well as those that strengthen local government capability aimed towards the effective delivery of basic services.