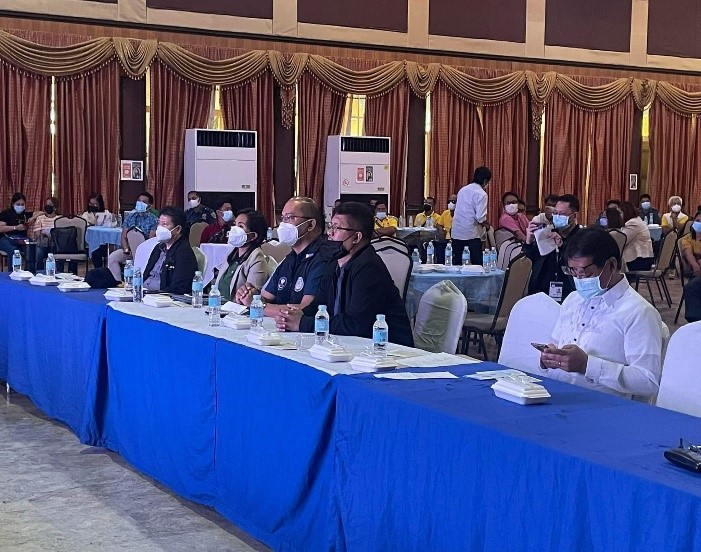 The Provincial Government of Nueva Ecija, together with the DILG and other partner agencies of the Government, conducted a Provincial Drug Summit in Nueva Ecija Convention Center on August 5, 2022 to work hand-in-hand in ensuring that the province is a drug-free and safe environment.

The program started off with the opening remarks from Hon. Emmanuel Antonio M. Umali, Vice Governor, stating that the ultimate goal is to have no space for drugs in the province to ensure safety and peace for its constituents. He also talked about the new Nueva Ecija Drug Treatment and Rehabilitation Center which is also a "Ako ang Saklay" civil society organization advocacy.

USec. Gilberto Cruz from the Dangerous Drugs Board also graced the said event and reiterated that the government's response to the drug abuse problem within the province should be addressed by all means possible and the program of the province, together with its partner CSO through the NE Drug Treatment and Rehabilitation Center, is a big step in bettering the already improving statistics of drug-cleared municipalities and cities. He also pledged to provide continuous support on the initiatives of the province.

Dir. Karl Caesar Rimando, DILG Regional Director, also gave a speech and specified that if the Department of Health is the frontliner in the fight against COVID19, DILG is the frontliner in the fight against drugs together with its partner agencies such as PDEA and DDB. In relation to this, LGOO VII Ariel G. Espinosa, Cluster Team Leader, presented the functionality of the Anti-Drug Abuse Councils of the Local Government Units in Nueva Ecija during the recently concluded ADAC Functionality Assessment, stressing that the Provincial ADAC of Nueva Ecija is highly functional.

To attest the efficacy of the Ako ang Saklay Organization's program, Michael Reyes, a former drug dependent, shared his experience and how it helped him recover and reintegrate himself within the society through the support of Hon. Aurelio M. Umali, Governor, and other duty bearers and stakeholders.

Other speakers of the said event, such as PHO, PDEA, Nueva Ecija Provincial Police Office (NEPPO), IBP, TESDA, and the PSWDO presented their accomplishments and future plans in strengthening the anti-drug efforts in the province.