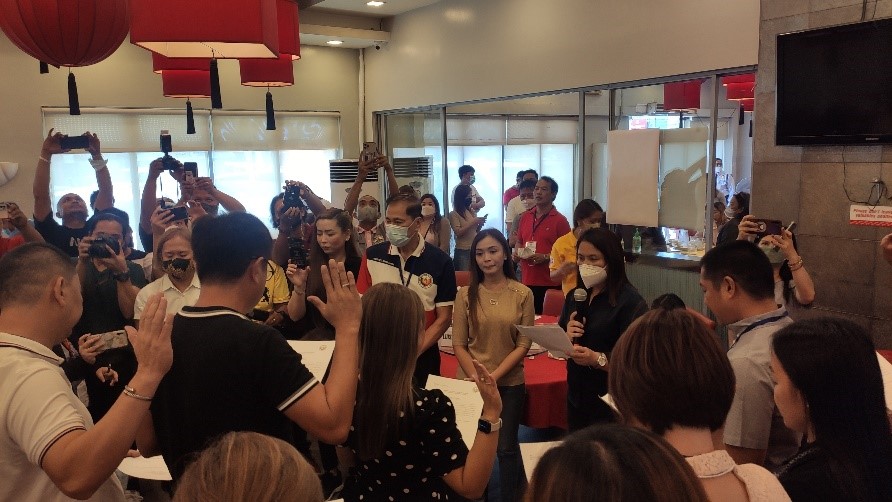 The Vice Mayors' League of the Philippines Bulacan Chapter held its general assembly and election of officers for the term 2022-2025 on July 19, 2022 at Hap Chan Restaurant, Tikay, Malolos City, Bulacan.

PD Fabia administered the oath-taking of the elected officers and assured the league of the assistance of the Department in the performance of their duties and responsibilities.

Elected VMLP Bulacan Chapter President Banjo Estrella of Guiguinto, Bulacan thanked the members for their support. He pledged his commitment and asked for support for the successful undertakings of the league.