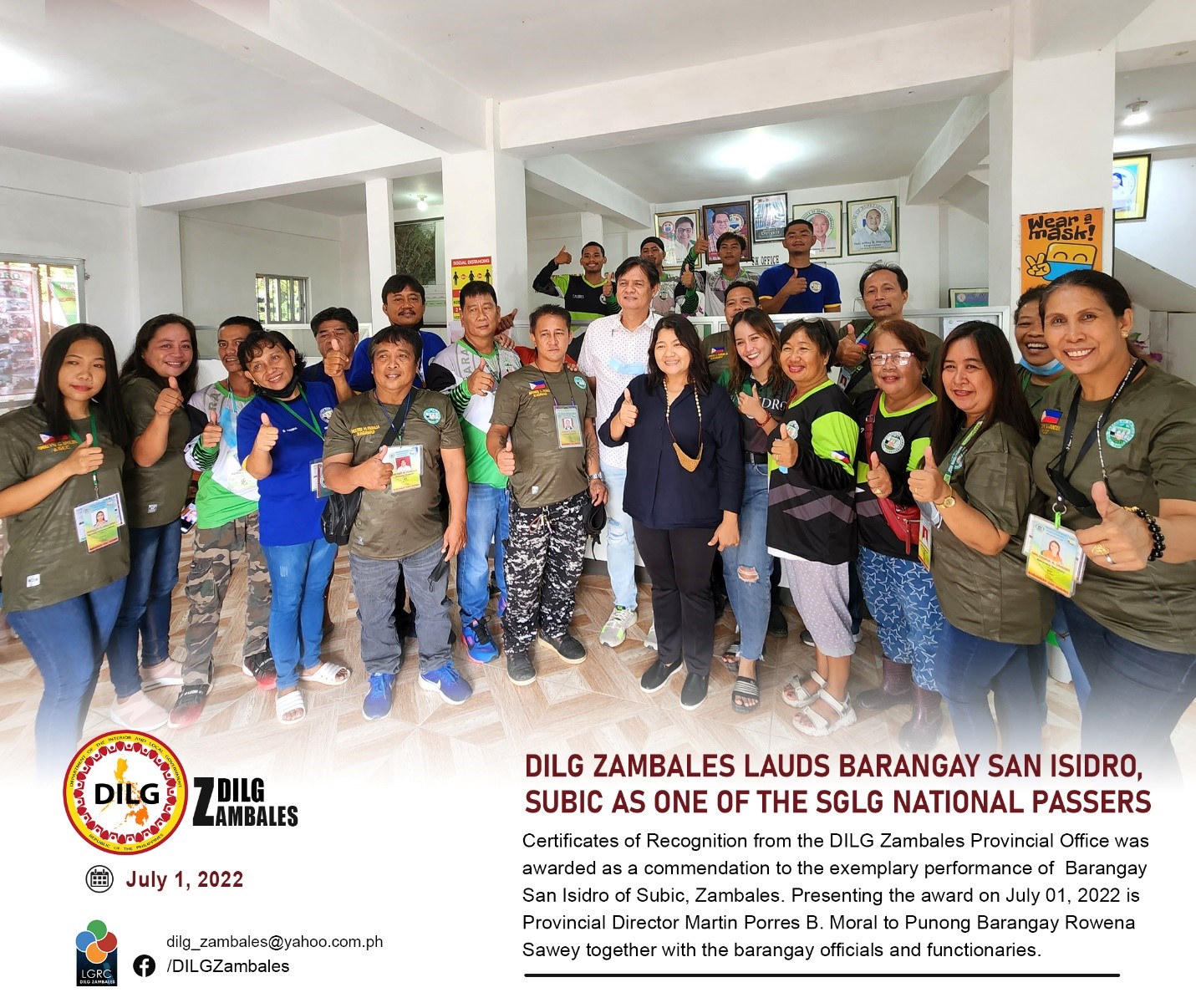 On July 13, 2022 the Department of the Interior and Local Government (DILG) conducted a Provincial Convergence Meeting with National Government Agencies (NGAs) and other concerned stakeholders at Balin, Sambali, Iba Zambales for the implementation of 2022 Retooled Community Support Program (RCSP) for target barangays.

Cluster Team Leader Judith B. Romero provided an overview of the RCSP and Localized Executive Order No. 70 which aims to achieve inclusive and sustainable peace and development by ending local communist armed conflict through a whole-of-nation-approach.

Meanwhile, LGOO VI Jonnel B Edillor, RCSP Provincial Focal Person presented a comprehensive process of RCSP, highlighting the five (5) phases of implementation methodology towards good governance, he also emphasized the roles and responsibilities of the Province, Municipal and Barangay in the implementation of the RCSP.

RCSP is a convergence mechanism for LGUs particularly in the barangay for the identification of issues and needed government interventions.