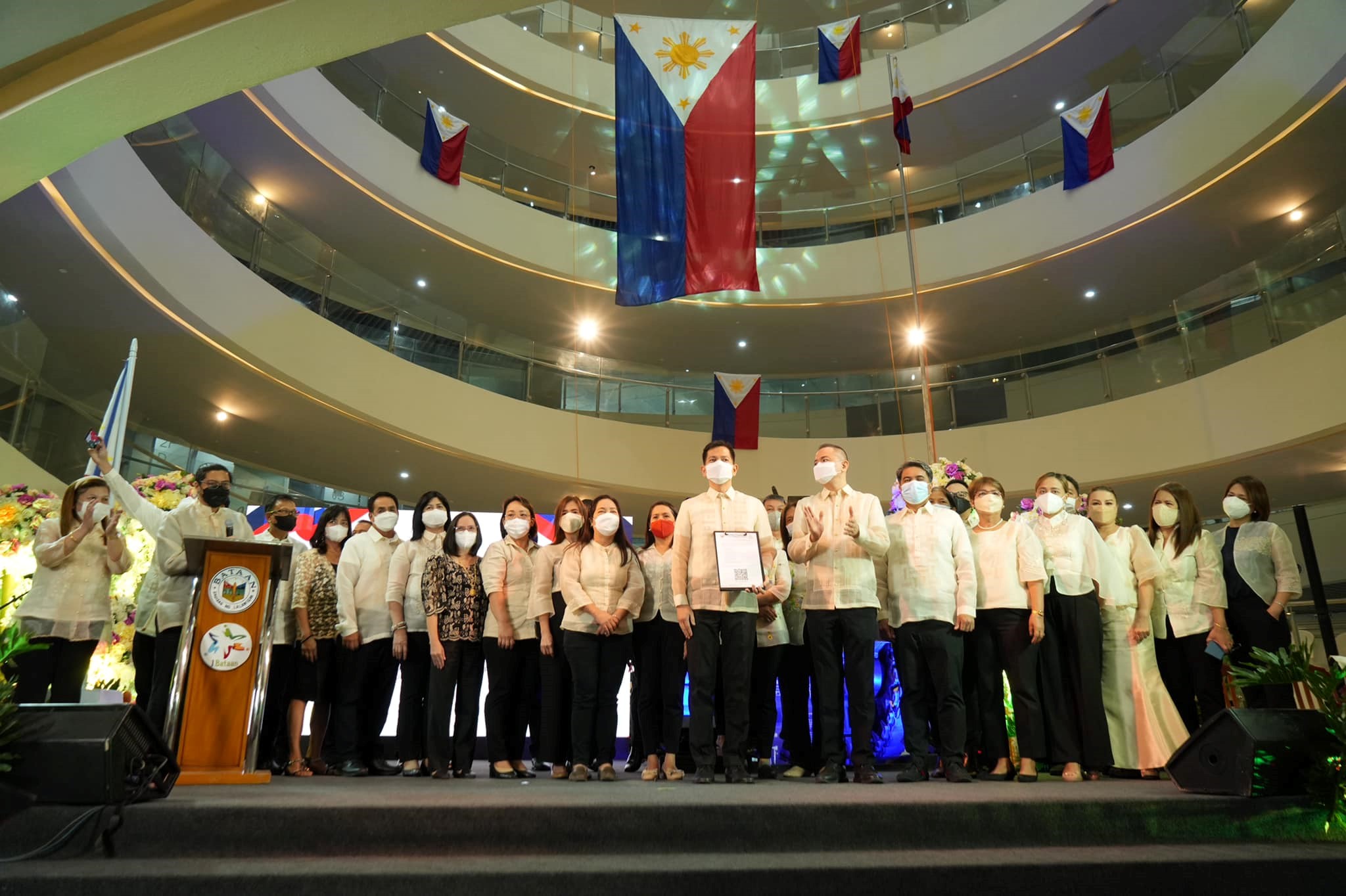 CITY OF BALANGA – Provincial, congressional, city and municipal officials in the province of Bataan elected in the May 9 national and local elections took their oath on June 29, 2022.

DILG Bataan Provincial Director Belina T. Herman graced the ceremony and delivered the opening message. "I enjoin all newly elected local officials to work together and give our people the best that we can offer", she said.

"In our hands lie an opportunity and duty to inspire fellow public servants and government workers to build a better future for Bataan, and for every Bataeño", PD Herman added.

PD Herman also encouraged the Bataan local officials to constantly strive to achieve the Seal of Good Local Governance or SGLG, as the Seal will be their 'badge of honor' in proving that they have truly established good governance in their localities.

Moreover, outgoing Governor Albert Garcia handed over the Seal of Bataan and The Bunker replica to incoming Governor Joet Garcia as a symbolic acceptance of responsibility as the highest leader of Bataan Province.