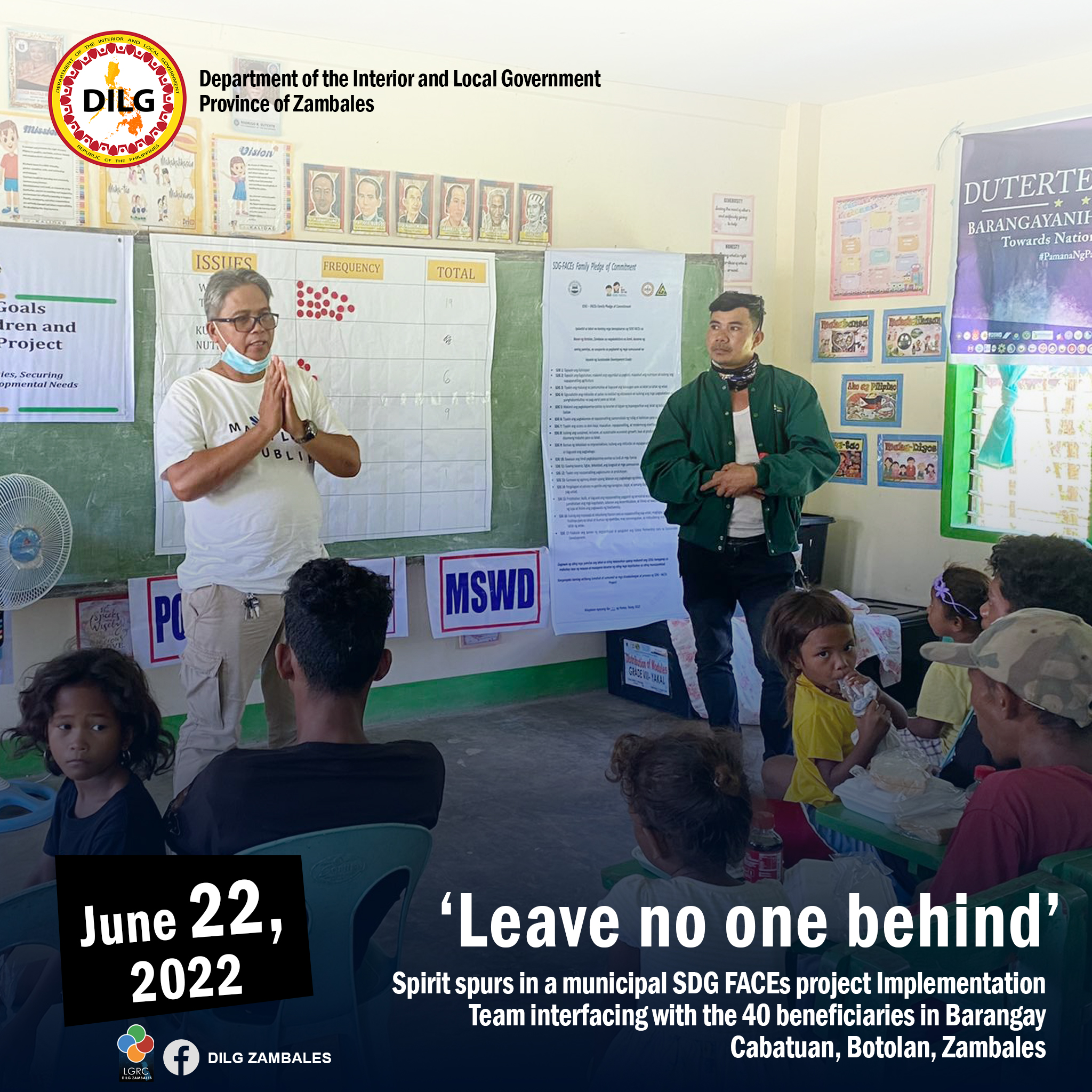 The activity primarily aimed to provide a comprehensive discussion of the SDG FACEs project with the beneficiaries, carry-out workshop that would identify their development needs for intervention, and secure their commitment to support the project.

An orientation of the SDG FACEs program by Municipal Local Government Operations Officer Shieralyn B. Esteban was followed by a workshop facilitated by the LGU functionaries. The exercise revealed that the most pressing issues being faced by the families are lack of livelihood, insufficient rice supply and lack of potable water source.

In response, OIC - MSWDO Isagani Ecle, Municipal Agriculturist Ramon Dolojan and Municipal Planning and Development Coordinator Melanie Baysa shared the projects, programs and activities of the LGU and the national government that are in the pipeline and may be accessed and provided to the concerned families to resolve their needs. Meanwhile, MLGOO Esteban shared that Barangay Cabatuan is a beneficiary of the Support to Barangay Development Program (SBDP) of the national government and is bound to receive funding for the construction of Level II water system in the locality, which is the identified priority project of the barangay.

Further, in the commitment setting, MLGOO Esteban explained that apart from being beneficiaries, the families shall serve as dynamic partners of the national and local government in responding to the challenges of the SDGs in uplifting the principle that no one gets left behind, and that the family’s role to eradicate poverty in all its forms, end discrimination and exclusion, and reduce the inequalities and vulnerabilities is essential to promote the way of life of their children.

The interfacing was ended with the provision of immediate basic needs such as vaccines, birth registration, school supplies and hygiene kits, among others by the local government and the Department of the Interior and Local Government (DILG).