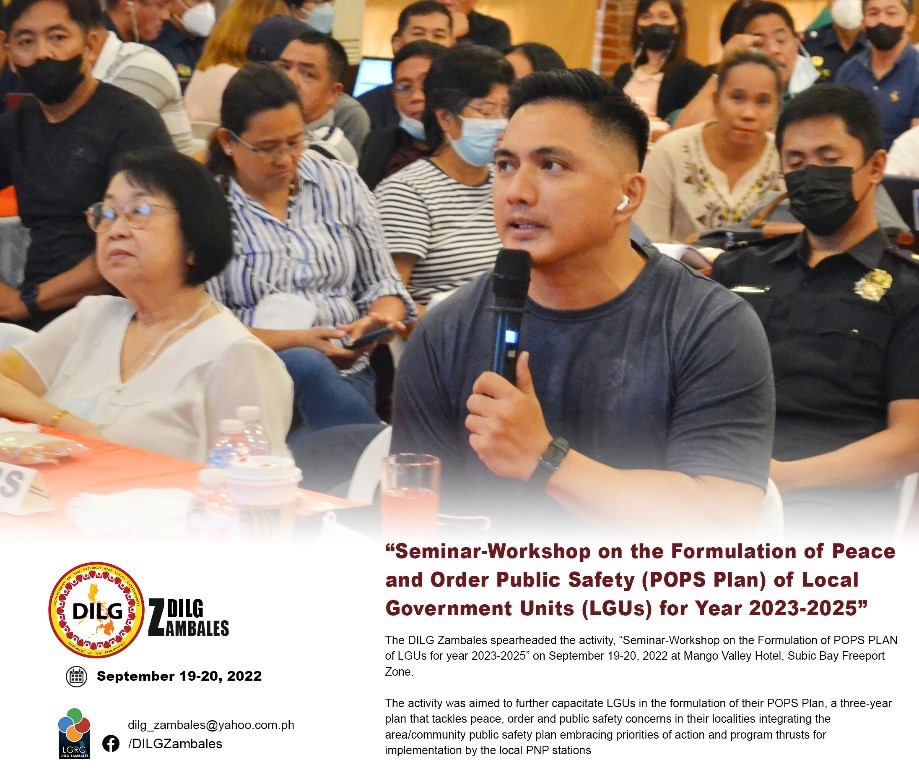 The activity was aimed to further capacitate LGUs in the formulation of their POPS Plan, a three-year plan that tackles peace, order and public safety concerns in their localities integrating the area/community public safety plan embracing priorities of action and program thrusts for implementation by the local PNP stations.

Towards the end of the activity, all LGUs have drafted their 2023-2025 POPS plan for further improvement and finalization. The formulation is in compliance with DILG Memorandum Circular 2015-128 entitled, "Guidelines on the Formulation of Peace and Order and Public Safety Plan (POPS Plan)" which mandates the LGUs to formulate the plan within 100 days every after assumption of office of the newly elected Local Chief Executive.