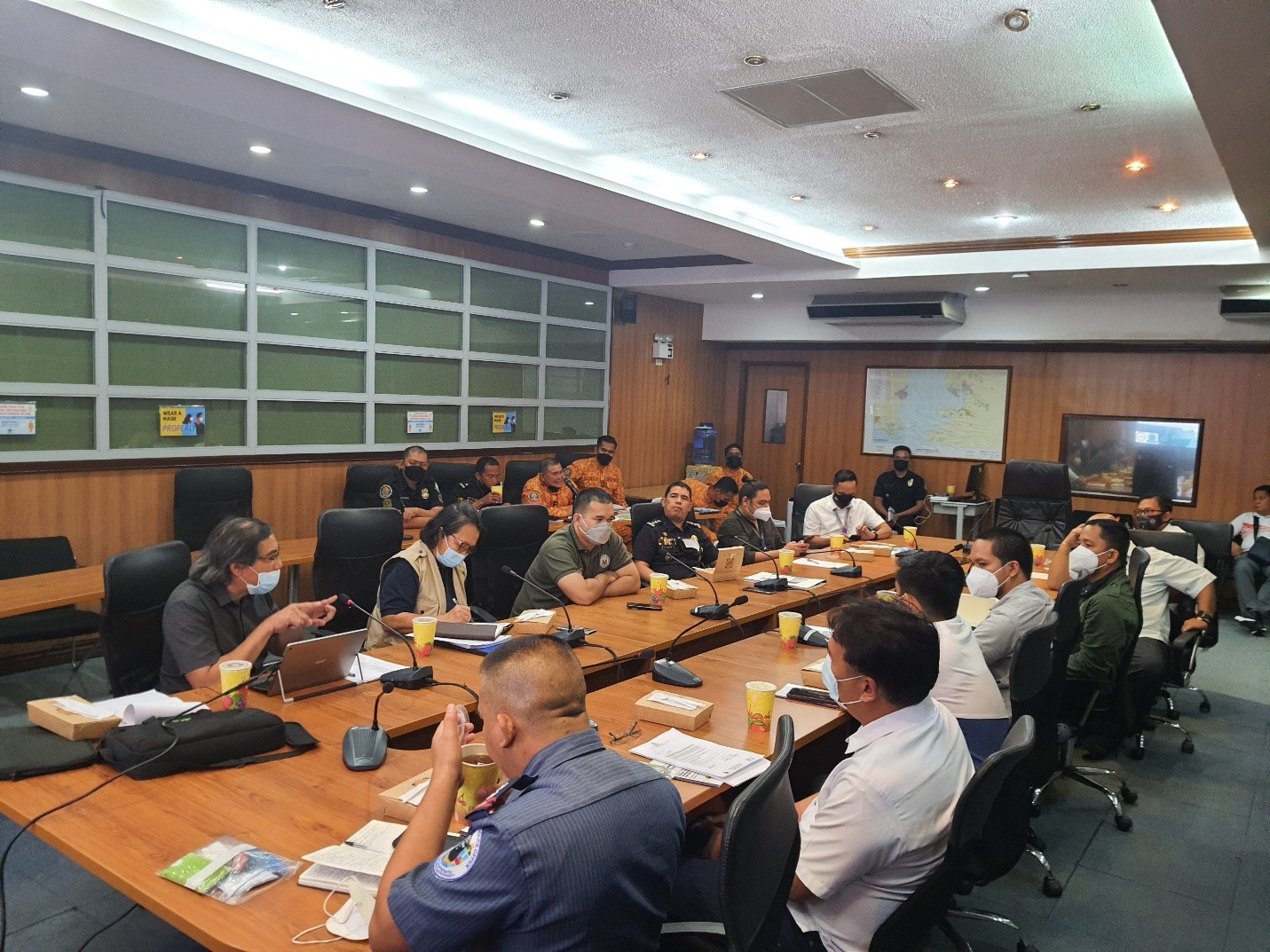 On April 11, 2022, the Anti-Terrorism Council – Program Management Council (ATC-PMC), under the Office of the President, in collaboration with DILG's Preventing, Countering Violent Extremism – Program Management Office (PCVE-PMO), DILG Region III, and DILG Olongapo City, organized an initial coordinative and explorative meeting for the proposed conduct of series of simulation exercises (SIMEX) in Subic Bay Freeport Zone, relative to the nationwide implementation of Chemical, Biological, Radiological, and Nuclear (CBRN) National Action Plan (NAP). The simex is expected to be conducted in five (5) phases, beginning May this year, until next year, in three separate locations, each in Luzon, Visayas, and Mindanao. In Luzon, SBFZ is chosen as the venue for the SIMEX.

The series of exercises were designed to be conducted in a multi-stakeholder and multi-disciplinary approach, aimed at developing a Standard Operational Manual for handling CBRN-related attacks and incidents, which will be eventually cascaded to different agencies throughout the country.

Before the said meeting, the proponents paid a courtesy call to City Mayor Rolen C. Paulino, Jr. and encouraged the support of the city government in the conduct of the SIMEX. Through the DILG Olongapo, the proponents convened the stakeholders for the proposed SIMEX at SBMA to brief the stakeholders on the conduct of the SIMEX and gain the approval of the SBMA Administration. Said stakeholders include the Office of the Subic Bay Metropolitan Authority (SBMA) Administrator/Chairman, SBMA Fire Department, SBMA Law Enforcement Department, SBMA Health Department, Olongapo City DRRMO, Olongapo City Police Office, BFP Olongapo City, BFP Region III – Special Rescue Unit (SRU), and Subic Water and Sewerage Co., Inc.

Highlighted in the meeting were the presentation of the NAP CBRN to all stakeholders, an overview of the series of simulation exercises to be conducted, identification of venue for the on-the-ground activities, stakeholder agreements, and the next critical steps.

The SBMA Administration agreed to use various areas in SBFZ for the conduct of the series of CBRN SIMEX. At the end of the meeting, stakeholders agreed to submit their respective Capability and Capacity Analysis Report to assess their available resources and existing protocols in handling CBRN-related incidents. This is to set everyone on equal footing before the conduct of the SIMEX. The team also agreed to conduct a series of online virtual meetings before the actual SIMEX on May 25, 2022.

After the meeting, the stakeholders conducted an ocular visit at the water reservoir catering to the water supply of the Subic Bay Area and a portion of Olongapo City, located at Subic Water Treatment Facility in Binictican, SBFZ, one of the pre-identified venues for SIMEX.