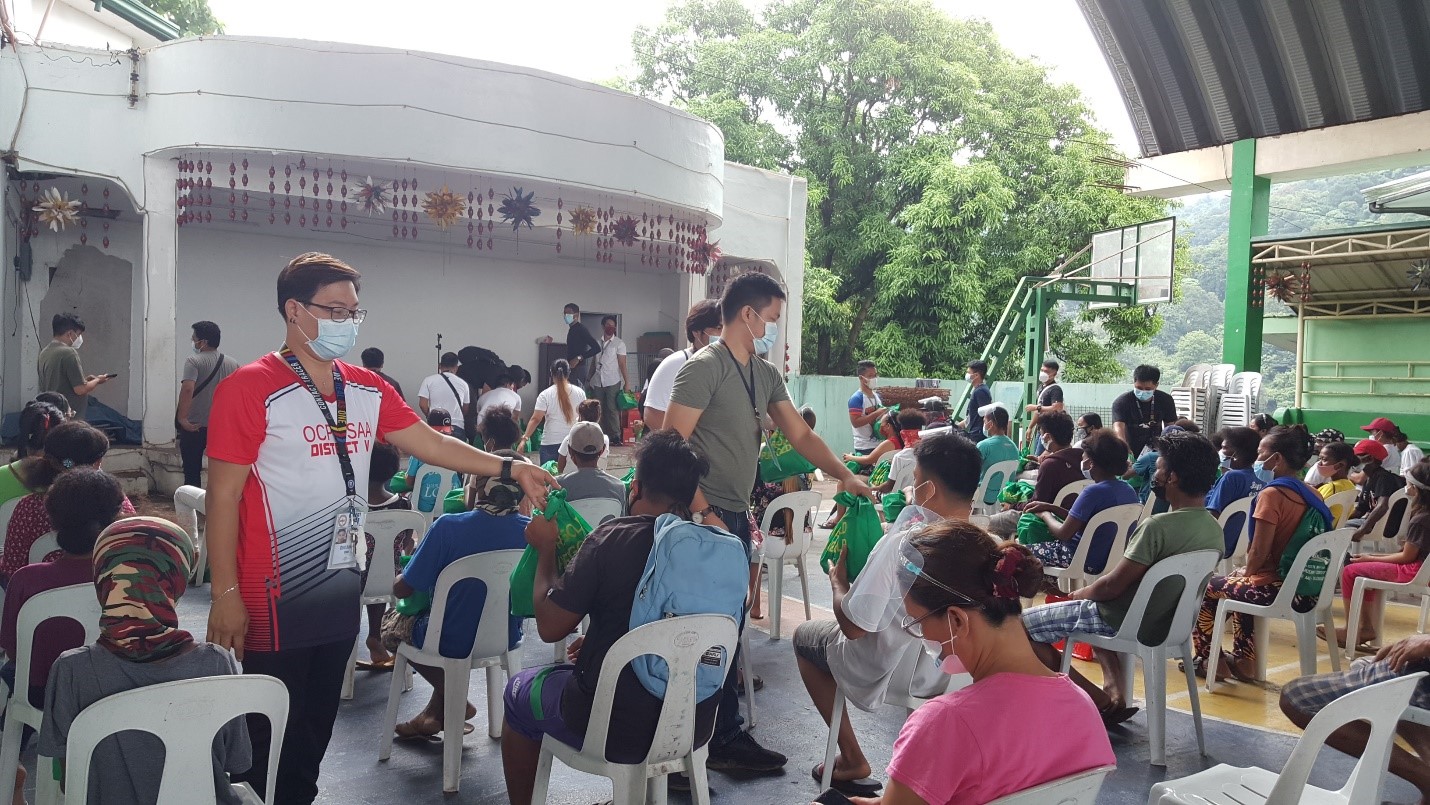 Indigents from a remote community in Barangay Gordon Heights, Olongapo City benefitted from the outreach program of the Department of the Interior and Local Government (DILG) – Olongapo City on October 6, 2021.

During the event, 100 food packs, bottles of alcohol and boxes of face masks were distributed at the covered court of Barangay Gordon Heights.

Director Dumagat said that their office received funding from the Department to extend help to the most vulnerable during these trying days.