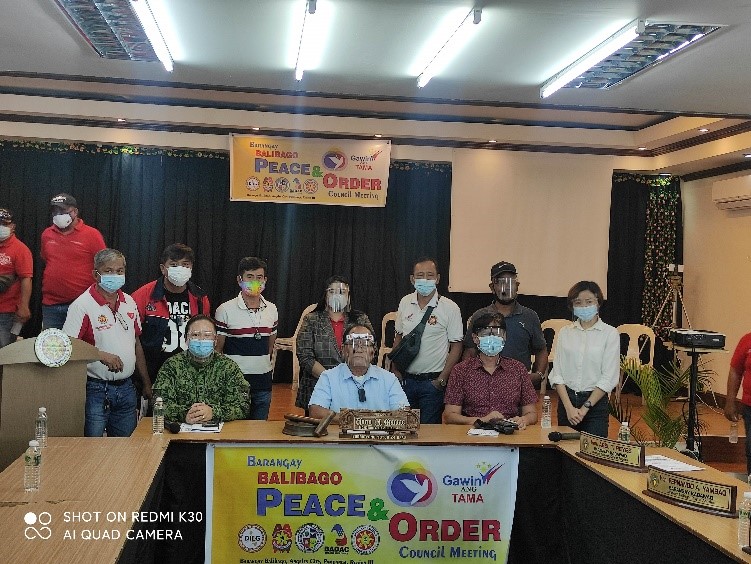 Pursuant to President Rodrigo Roa Duterte's Executive Order no. 70 or the Whole-of-Nation approach to End Local Communist Armed Conflict (ELCAC), the City Task force -ELCAC chaired by Honorable City Mayor Carmelo G. Lazatin, Jr., through the DILG and PNP witnessed the renewal of allegiance to the Republic of the Philippines of Gabriela Women's Sector during the Barangay Peace and Order Council of Barangay Balibago on January 8, 2021.

PLTCOL Wendelyn D Barriga of the Angeles City Police Office (ACPO) was very thankful for the very successful and fruitful activity. She also restated that the program thrust of the PNP and ACPO will always be prevention and crime solution and maintenance of peace and order, in consonance with EO 70.

Gabriela Women's Sector took their oath of allegiance to the Republic of the Philippines that was administered by CD Moral.