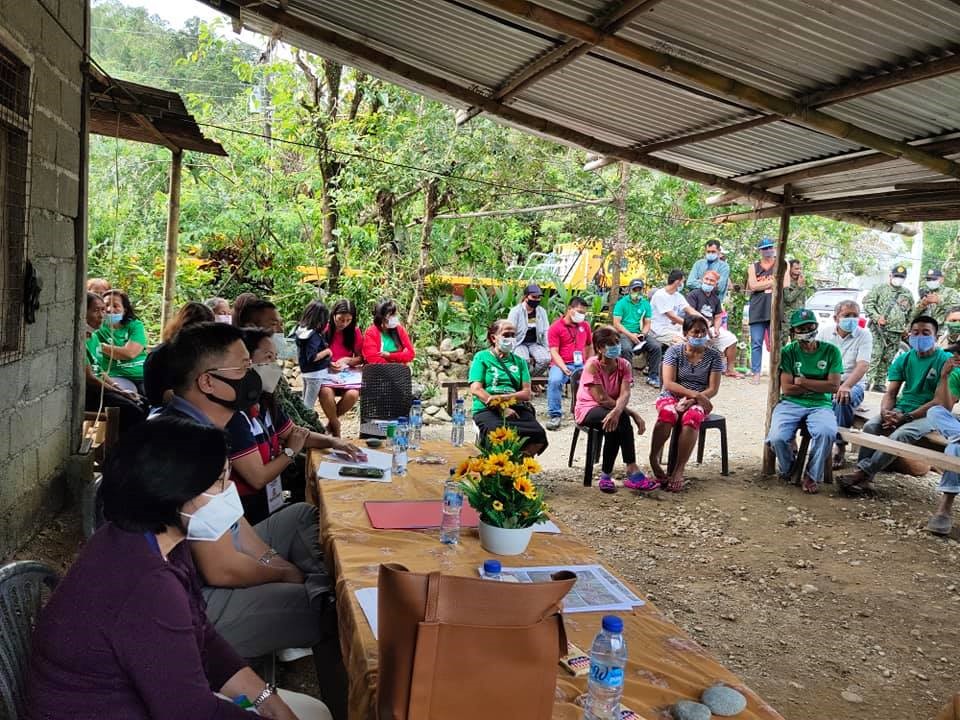 SAN LUIS, AURORA –To address the issue on illegal logging operation as claimed by residents from Brgy. Diteki, San Luis, Aurora, a dialogue with the Diteki Farmer's Association headed by Manuel Buenconsejo was initiated by the DILG Aurora along with the DENR, PNP and AFP on January 12, 2021.

Operations against the illegal logging in Brgy. Diteki were already intensified by virtue of an earlier meeting with the farmer's group representative set December 2020. Said meeting resulted in the confiscation of illegally cut logs and their means of transportation. Nonetheless, because of the porous environment and threats to the DENR personnel exemplified when a forest ranger manning a checkpoint was repeatedly shot, apprehending illegal loggers remains a big challenge.

Mauro Florez, Irrigation Officer, stated that for the past 40 years, Illegal Logging has thrived in the barangay and that previously, as the Chief Tanod, he accosted illegal loggers in their area.

He said that this culture might be stopped only if the Sangguniang Barangay will intervene. He presumes that a powerful personalities were behind this industry. Per Mr. Florez, the nature speaks the picture. Their water sheds, being part of the National Park, already ran dry. During summer, they have no water to consume.

Despite the admitted adverse effects of the illegal cutting of trees, the community is still divided. There are still a good number people who condone illegal logging while others are indifferent to the problem. Even those who are members of the complaining farmer's group have clearly indicated their knowledge of those people engaged in the illegal act during the dialogue but have refused to provide information or details.

The members of the farmers group were encouraged to stand up, provide information and testify against those involved in illegal logging, since the lack of cooperation and apathy from the residents is one of the primary reasons for the woes in the enforcement of anti-illegal logging operations in Brgy. Diteki.

Atty. Tactac, emphasized that can't just be passed to the National Government because it is impossible to solve the same without community support. He even highlighted that mere text messages have no evidentiary value power, reiterating the importance of the willingness of witnesses to stand up, provide information and testify.

Atty. Tactac emphasized the role of the DILG and reiterated the importance of community support, "In DILG, our purpose is to be your partner, we are not here just to supervise. If we have a crime problem, tulung tulong po tayo. We have the PNP, we have the Philippine Army and the DENR. Kung kailangang matigil ang illegal logging, we talk, direstahan tayo. Anong sistema ang dapat ipatayo, anong obligasyon ninyo. Anong obligasyon namin. Ganon lang po yon. But without community support, kahit anong tambak ng National Government ng resources dyan, malulusutan pa rin tayo. You can't just point a finger to the National Government."

The dialogue called for was highly appreciated by the community. They thanked the DILG for immediately acting on their complaint.