51 local government units (LGUs) in Central Luzon are among the national awardees of the 2020 Anti-Drug Abuse Council (ADAC) Special Awards conferred by the ADAC National Audit Team (ANT), chaired by the Department of the Interior and Local Government (DILG), on December 18, 2020 via Facebook live at the DILG Philippines Facebook page.

The 2020 ADAC Special Awards recognized the following LGUs that have complied with the parameters set forth by the Philippine Drug Enforcement Agency (PDEA) for cities and municipalities that have sustained the drug-cleared status of their drug-affected barangays and the drug-free status of their unaffected barangays from 2017 to 2019 and have satisfied other relevant criteria: 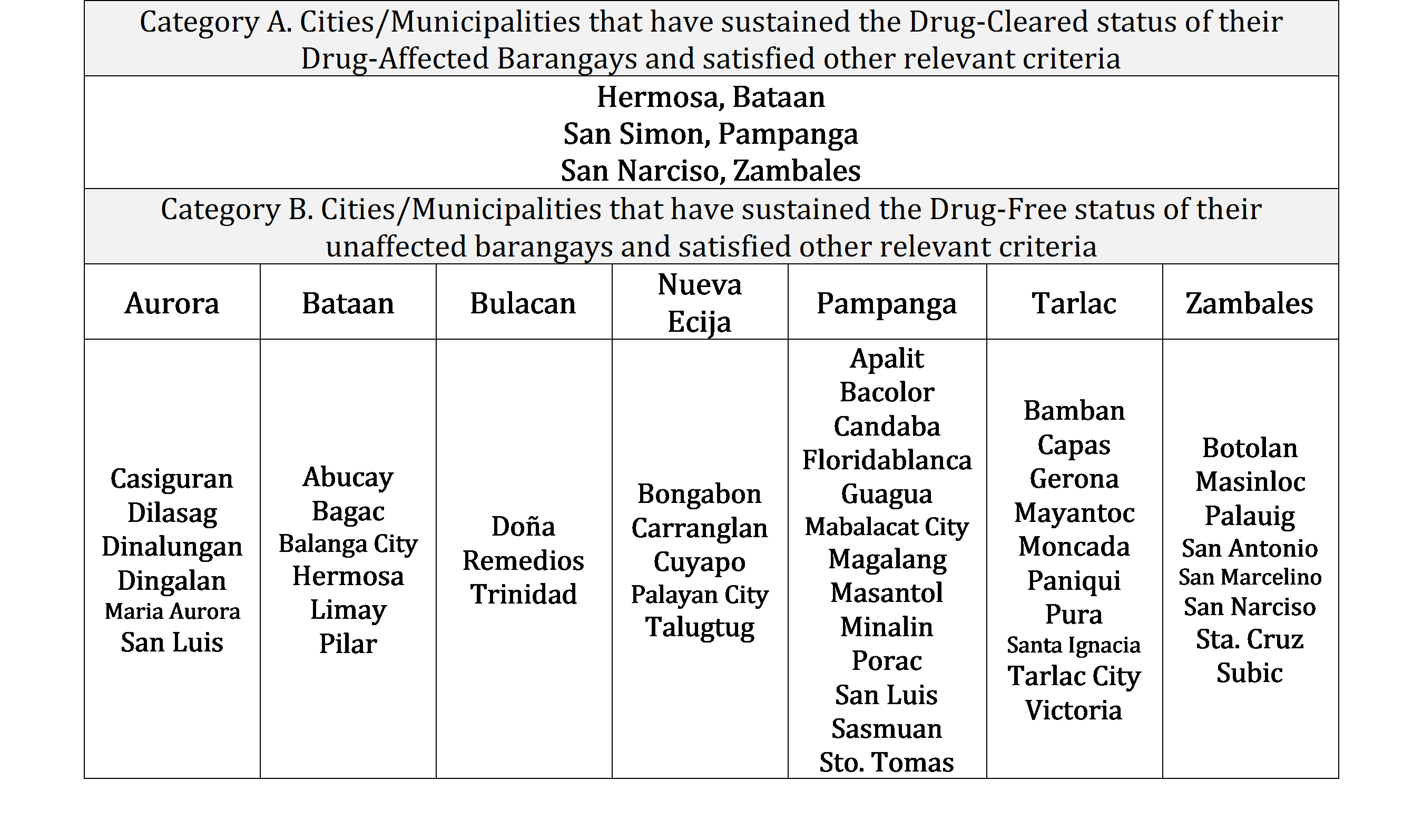 On the other hand, four (4) civil society organizations of the region were also awarded for their initiatives in partnering with the DILG and LGUs in the conduct of anti-illegal drug programs and activities amidst the pandemic.

Said LGU and CSO awardees which were nominated and endorsed by the Regional Oversight Committee on Dangerous Drugs (ROCDD) and the DILG, respectively, will each get a plaque of commendation. ###