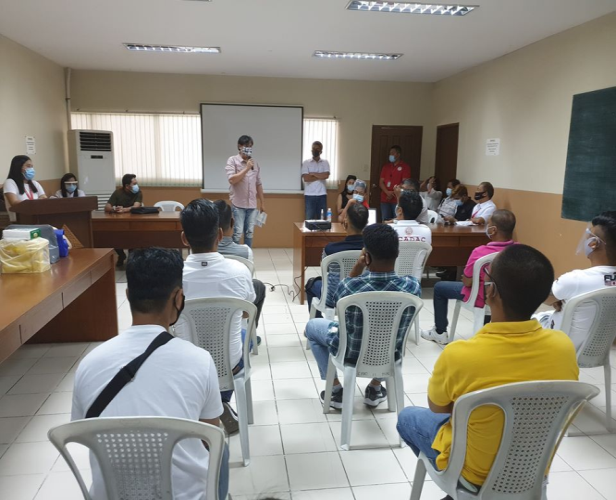 In his message, DILG Angeles City Director Martin Porres B. Moral encouraged the graduates of CBRP to be more thankful because the national and city government are continuously finding ways to help former drug users have a better life. Director Moral enjoined them to use the opportunity wisely.

According to ACADAC Chief Saul, success rate of the ACADAC is around 80% in terms of outpatients finishing the duration of the program. After graduating, the city government will also help the outpatients in their livelihood and job opportunities. Further he reminded the graduates that they will all be continuously monitored and be given aftercare programs.

Observance of social distancing, wearing of facemask and other health protocols were properly observed during the graduation ceremony.