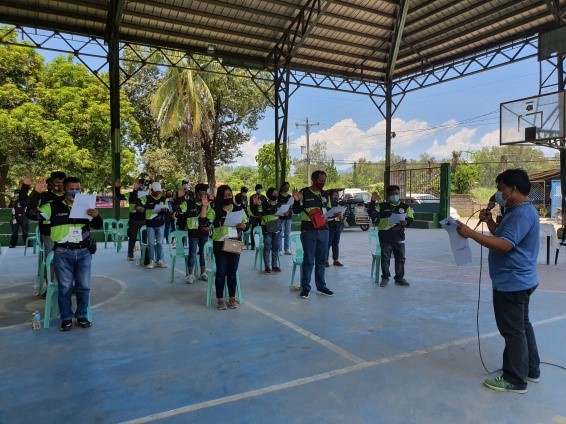 Barangay San Isidro, Subic in collaboration with the Municipal Task Force Disiplina (MTFD) held the launching, oathtaking and orientation of their localized Task Force Disiplina on July 15, 2020. This is to augment the implementation force of the municipal government in promoting the culture of discipline among Subikeños.

Punong Barangay Rowena Sawey led the creation of the barangay task force disiplina with thirty members consisting of barangay officials and functionaries which shall be the extension arm of the MTFD in enforcing national and local policies.

The undertaking aspires to strengthen the participation of the people in nation building through discipline which is essential in promoting good governance down to the barangay level.