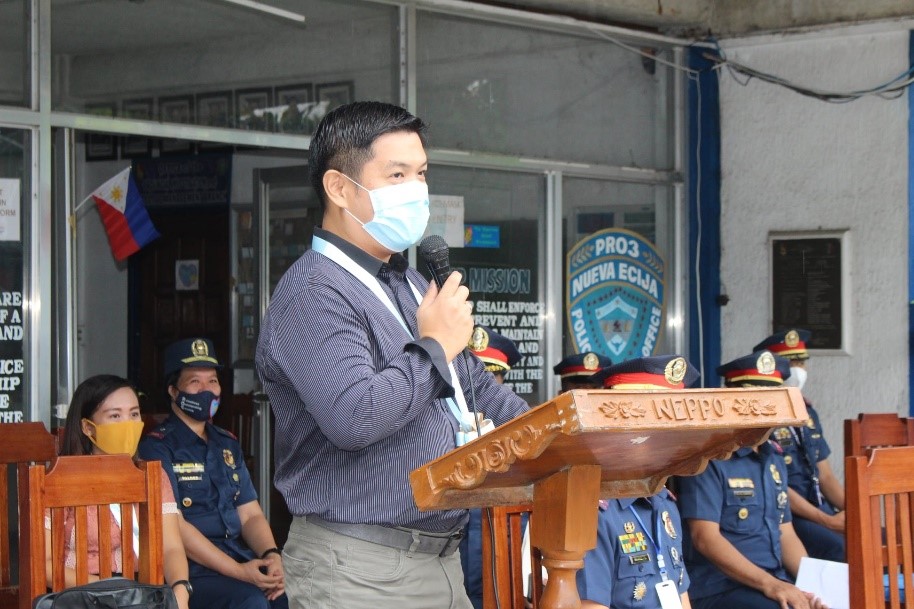 Through the leadership of PLt Col Leon Victor Rosete, the Nueva Ecija Provincial Police Office (NEPPO) launched the #DisiplinaMuna Awareness and Advocacy Campaign of the Department of the Interior and Local Government at the NEPPO Grounds, Cabanatuan City on July 13, 2020.

#DisiplinaMuna advocacy campaign primarily aims to instill the culture of discipline among the community, including the local government units and other stakeholders.

LGOO V Kimberly B. Ruiz discussed the legal bases and concept of #DisiplinaMuna in which she stressed the importance of discipline in implementing programs, projects, and activities of the government. Further, this advocacy campaign is being implemented along with the seven (7) pillar programs: road clearing, disaster preparedness and resilience, anti-smoking, ease of doing business, liquor ban, environmental clean-up and functionality of BADACs.

In his message, LGOO VI Louie C. Manarpiis commended the Nueva Ecija Police Officers for exemplifying discipline in their work even before the launching of the campaign.

Meanwhile, Provincial Director Rosete expressed his full support in the advocacy campaign of instilling the culture of discipline not only in their workplace but also to the public particularly this time that #DisiplinaMuna is a must in addressing health and economic problems.

The activity ended with signing of the pledge of commitment expressing full support to the #DisiplinaMuna Advocacy Campaign.