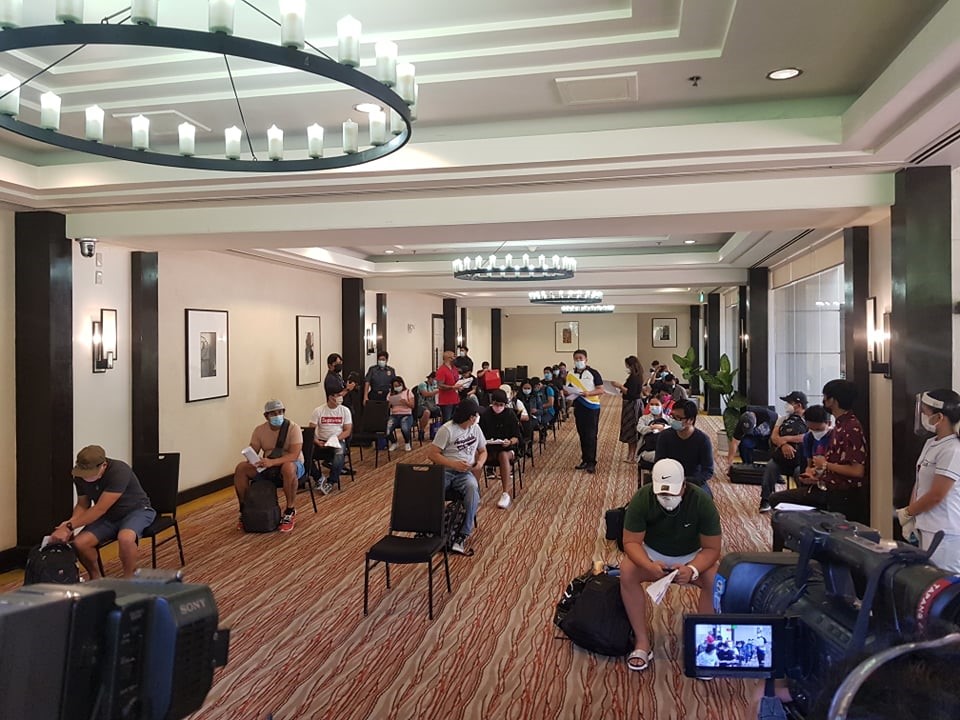 Secretary of the Interior and Local Government Eduardo M. Año together with the members of the Inter-Agency Task Force for the Management of Emerging Infectious Diseases (IATF-MEID) and the National Task Force (NTF) led the send-off ceremony for repatriated overseas Filipino workers (OFWs) on June 9, 2020 at Quest Hotel, Clark, Pampanga.

The OFWs who are seafarers were stranded for months in Barbados and landed in the country on June 6, 2020. They were sent off after testing negative in COVID-19. The repatriates were quarantined for three days in the hotel as they were waiting for their test results. The Overseas Workers Welfare Administration (OWWA) will facilitate the travel of the repatriates back to their hometowns.

Likewise, a Press Conference was held after the ceremony. In the conduct of both activities, health measures were properly observed.