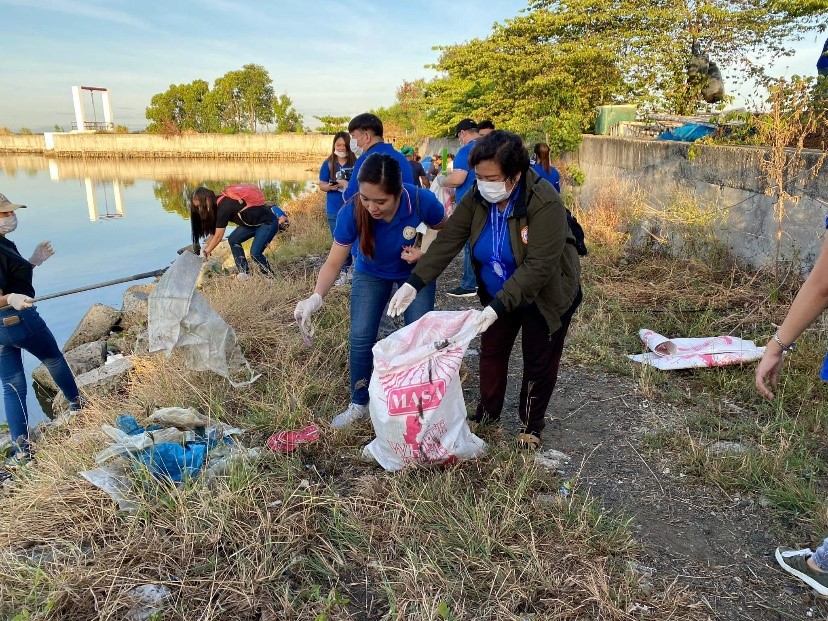 Obando, Bulacan Mayor Edwin C. Santos, DILG-III Regional Director Julie J. Daquioag, DILG Bulacan Provincial Director Darwin D. David, DENR Regional Director Paquito Moreno, DOT Supervising Tourism Officer Chriselle Mae Yambao and other government agency representatives joined the regional celebration and clean-up activity held in Brgy. Tawiran, Obando, Bulacan.
RD Julie J. Daquioag, in her message, highlighted the importance of discipline in making sure that the program’s goal is achieved. DENR Secretary Roy A. Cimatu, on the other hand, shared in his keynote message the progress of the advocacy. “There is a reason to celebrate because a year after we launched the ‘Battle for Manila Bay,’ we have recorded significant improvements in the water quality from major drainage outfalls”, he said.
According to the DENR Region III, a total of 41,778 kilograms of garbage was collected by the participants on the said clean-up drive in Obando, Bulacan; Balanga City, Bataan; and Macabebe, Pampanga.
As a result of the DILG Memorandum Circular directing all LGUs and barangays in the Manila Bay area to conduct a weekly clean up activity every Saturday, about 6,000,870 kilograms of waste was discarded on the first year of implementation.