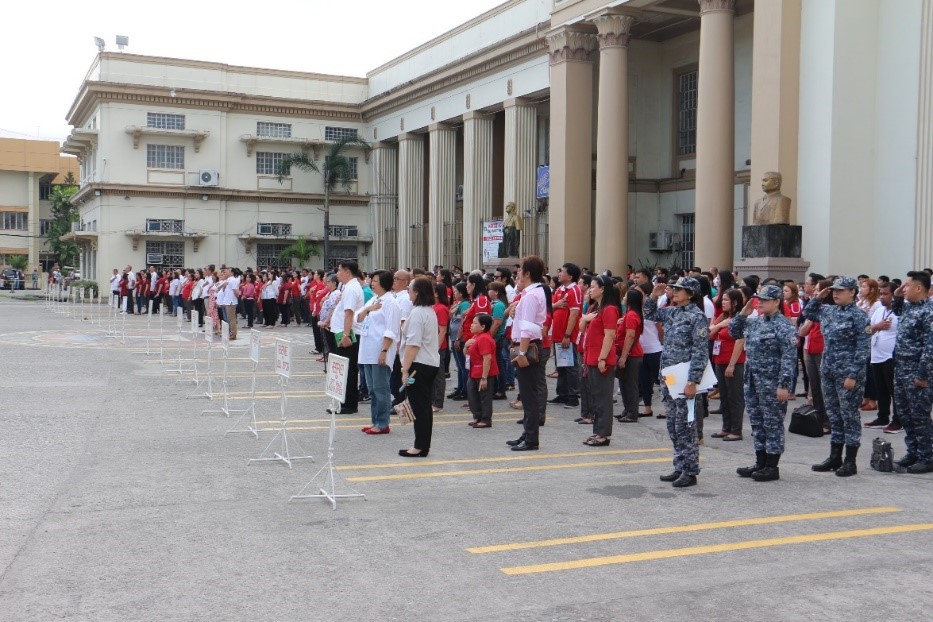 The Provincial Government of Pampanga, in partnership with the DILG Pampanga, rolled out the Department's nationwide Disiplina Muna advocacy during the Monday flag raising at the Capitol Compound on February 10, 2020.
With the primary goal of instilling discipline among Filipinos, the campaign advocates for citizen participation in creating lasting change that would pave the way for national and inclusive growth.

A rundown of the DILG MC 2019-181, which enjoins all LGUs and DILG-attached agencies to undertake advocacy activities that will promote a culture of discipline among Filipinos and sustain the gains achieved in the implementation of various national programs including the road clearing in LGUs, was briefly discussed before participants.
Present to show their support to the campaign were Vice Governor Lilia "Nanay" Pineda and the Sangguniang Panlalawigan members. They were joined by PD Myrvi Apostol-Fabia and the DILG Pampanga personnel.
Prior to the official launch, the Disiplina Muna campaign is already being promoted and implemented in the province through its cities and municipalities, where tarpaulins and signages are posted in conspicuous spaces.