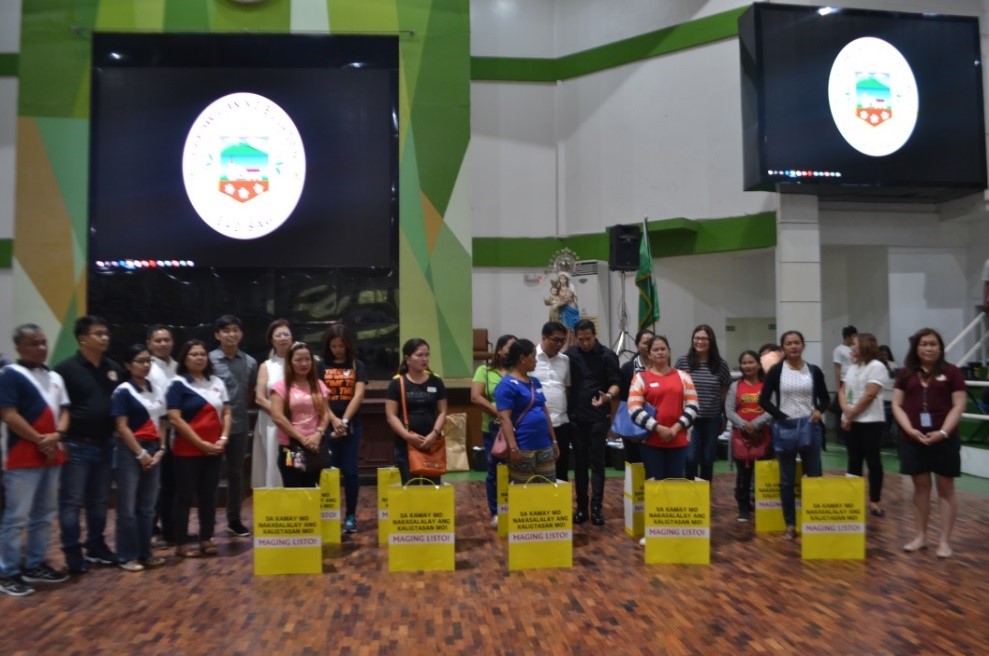 City of Malolos - DILG Bulacan in coordination with the Provincial Government of Bulacan launched the "COMmunity PArticipaTION: Giving Primacy to the Roles of Women as DRRM Champions" on November 5, 2018. The activity was participated by selected women from the coastal barangays of Hagonoy, Bulacan.

Dir. Odilon Pasaraba of DILG Central Office- Bureau of Local Government Supervision gave a message of encouragement to empower these women to be champions on Disaster Risk Resilience and Environmental Management.

The activity served as an avenue for the women to organize themselves as a group and to influence their community in protecting the environment and strengthening their capacity on disaster preparedness. E-Balde and Gabay at Mapa para sa Listong Pamilyang Pilipino were distributed to the participants.

This activity was also in support to the 45th founding anniversary of the Career Executive Service Board COMmunity PAssion (COMPASSION) projects.