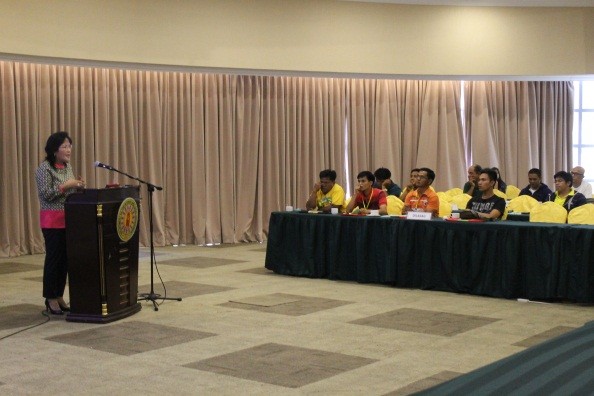 The Department of the Interior and Local Government in Region III conducteda3-day training-workshop under the Newly Elected Officials (NEO) program entitled, “Treading the Path towards Excellence in Local Governance: Capacity Building for Sanggunian Members and Staff”. The activity aimed to provide enriched understanding and appreciation of their mandated roles/legislative function as Sanggunian Members particularly on Local Legislative Review Process,Crafting of city/municipal ordinance and resolution,Legislative Oversight, Administrative Investigation Procedure for Elected Officials,Investigation in Aid of Legislation,Indigenous People Mandatory Representation (IPMR),Civil Service Eligibility for Elected Local Officials (RA10156), andOther LGUs Best Practices on Local Legislation. It also enabled them to review and re-plan their legislative priorities as well as update them on DILG programs.

Other highlights of the activity were the sharings of LGU best practices on local legislation by Vice Governor Daniel R. Fernando of the Province of Bulacan and Sanggunian Panlungsod Member Eduardo J. Piano of the City of Olongapo.

Regional Director Florida M. Dijan, in her message, emphasized the three roles of a leader as servants, learners, and fearless change makers. She ended her message quoting, “Always remember, a paper, a pen and a legislator can make a difference in the lives of many. Let us all aim high and continue the journey towards excellence.” She said that she expects that with this activity, number of queries to her office shall be reduced and that there will be better harmonious relationship between and among Sanggunian members.